Share All sharing options for: Vern Fiddler, the 2008-9 Forechecker's Forecast

Have we ever seen a more fortuitously named athlete for his adopted city than Vern Fiddler of the Nashville Predators? Perhaps Terry Crisp when he coached in Calgary (Flames, Crispy, you get it), but not too many others come to mind. 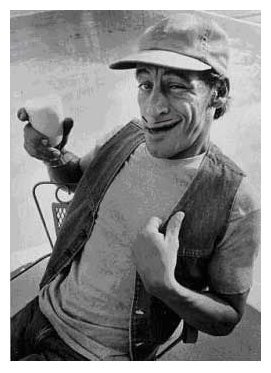 In 2007-8, Fiddler enjoyed another season of unheralded contributions as Barry Trotz's utility man; he played everywhere from the top line alongside Jason Arnott down to 4th-line checking duty, with his characteristic hustle bringing him a career-high 79 games played. Especially in a salary-cap era, Fiddler is the type of guy who provides quality depth and reliability. One metric that Lowetide likes to cite often is Even Strength Points per 60 minutes. Check out Fiddler's 2007-8 performance compared to his teammates:


Data from Behind the Net

That's not bad at all, and if you widen the comparison to all NHL centers with at least 40 GP last season, Vern fits right in between Anze Kopitar and Daniel Briere. Granted, those two are facing top defensive matchups, but that's pretty good production for a depth forward. By the way, Jason Arnott ranked 10th in this regard, right between Vinny Lecavalier and Mats Sundin. Fiddler's downfall at even strength was defensively, as he did come out as a -5 considering only even strength play, but again, for a 3rd/4th line player that's acceptable. 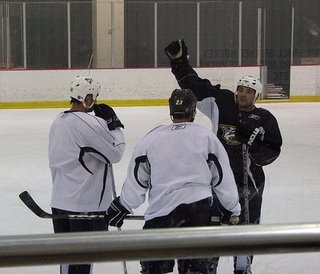 "So then I reached up this high and just started whaling on Chara..."
Photo: Paul Nicholson

Looking ahead to the 2008-9 NHL Regular Season, Vern will probably continue to fill a variety of roles, although I expect he might be used to add a bit more offensive punch to the Bonk line, and would also seem to be a good fit opposite one of the rookie wingers (Ryan Jones, Patric Hornqvist, Antti Pihlstrom) when they're not playing with Martin Erat or J.P. Dumont. Fiddler possesses a valuable combination of surprising strength along the boards and basic, heads-up hockey in the offensive end, which can help complement more dynamic players. Early last year he played alongside Jason Arnott and J.P. Dumont for a few weeks, but I doubt those opportunities will be as plentiful this fall. The interesting question is whether, since Fiddler tends to play mostly on the wing, he might get pressed for playing time by some of the rookies who are coming up through the ranks.