The holiday shopping season kicks into high gear later this week, and in order to help you with Christmas shopping, today I bring you five great gift ideas for the die-hard Nashville Predators fans in your life...

These are starting to make their appearance around the Sommet Center, as season ticket holders got to pick theirs up earlier this week. The new 3rd jersey is drawing rave reviews from Preds fans (my only criticism is that I wish the checkerboard at the bottom had more contrast, you can't see it from 10 feet away). Look for them in stores in December, or you can order them at shop.nhl.com, and they'll be shipped by 12/5 according to the site. 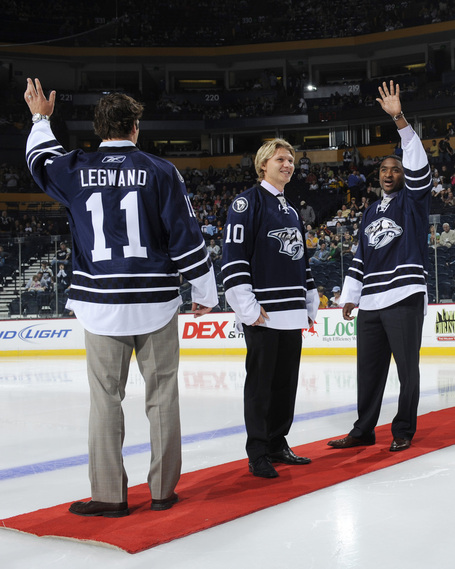 Nothing screams "quit yapping about the Titans, let's talk hockey" to your coworkers than a desk lamp that proudly displays the Predators logo.

Hockey Tonk - The Amazing Story of the Nashville Predators

Any Preds fan should make sure they're familiar with the story of how the team got started and made their way through the inaugural 1998-99 season. This would also make a good gift for Jim Balsillie - the major lesson here being, get an NHL-ready arena built & ready, then sweet-talk the NHL into making what is obviously a good business decision, instead of trying to undermine a current franchise and strong-arm the league in bankruptcy court.

What better way to cozy up on the couch while watching Pete & Terry call a late-night road game from Alberta, then under a Predators throw blanket?

You certainly can't go wrong picking up some tickets to a game against a hated rival like Detroit or Columbus. Discounted tickets are available online, using the special offer code "PREDS". Recommended games - Saturday, 12/26 vs. Chicago, Tuesday, 1/5 vs. Calgary, Monday, 1/18 vs. Toronto, and Saturday, 2/6 vs. San Jose.

Other Nashville Predators and hockey-related gifts

For more ideas on this front, I've set up an On the Forecheck Online Store, which is basically a gateway into Amazon that brings Nashville Predators and other hockey-related items right up front for you. As an Amazon affiliate, I'd get a small commission out of any purchases you made there (at no extra cost to you). 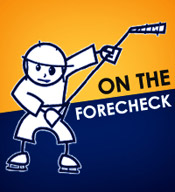