First of all this morning, I wanted to extend a hearty welcome to Anchor of Gold, SB Nation's newest addition, which covers the Vanderbilt Commodores. It joins this site and Music City Miracles on the Nashville sports scene. Head on over and check them out: 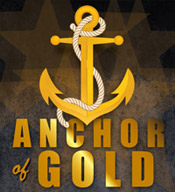 After the jump, however, we've got a feast of Nashville Predators and NHL news for you. There's speculation about a highly-talented winger that might be available on the trade market, an interview with goaltender Dan Ellis on his long road to professional hockey, and the admission by one Preds player that "streaking is fun."

Dan Ellis: Saving Grace
Dan Ellis was on the 700 Club yesterday talking about the struggles he went through to make to the National Hockey League.

Streaking is fun - Predators Insider
It's nice that Dan Hamhuis is blogging over at The Tennessean, but somebody needs to teach him about headlines...

Game Night... and an HBR Preview - Paul McCann
Paul previews tonight's game and the latest edition of HockeyBuzz Radio this evening at 6:00. He's got a couple of hockey blog titans on his schedule, and in fine holiday tradition, a turkey as well!

Bobby Ryan on the trade block? Paging David Poile… | Section 303
Jeremy jumps all over the speculation that Anaheim's Bobby Ryan might be available on the trade market. While the Predators would have to clear significant salary to make it happen, there's no question he'd be a great addition to the team.

Road trip to Colorado comes at a good time for the Predators - Nashville Predators Examiner
Jim Diamond gets Barry Trotz's thoughts on making a quick road trip after the long home stand.

Admirals Win 3rd In A Row, Defeat Rampage 2-1 - Admirals Short Shifts
Milwaukee is on a bit of a roll, and it sounds like Chet Pickard is doing well in net.

Predators are solid with late lead - The Tennessean
Interesting stat from Bryan Mullen; the Preds are 7-0 when leading at the start of the third period.

Chicago Blackhawks soar to top spot in NHL Power Rankings - Allan Muir - SI.com
We all like to see the Preds get respect, but #2 in the NHL? That might be a bit much...

The 10 best NHL players of the last decade - Puck Daddy
Puck Daddy certainly got #1 right... I'm sure there will be debate about the rest.

Game 23 Recap: Back to Back Nightmares - The Cannon
After getting stomped by the Rangers, Columbus traveled to Montreal last night and lost 5-3.

Shoe now on other foot for Wings - NHL.com
Paul Kukla wonders if the Red Wings are finally taking a significant step backwards this season. I'd wait until Johan Franzen comes back before coming to that conclusion, myself.

Nightmare on Helm Street: Sour Grapes: 11/23 vs NSH
Nice stuff by Animal Drew, taking comments from our Game Thread against the Red Wings as fodder for a "Sour Grapes" post from the Red Wings side. For the record, however, I'll stack my bad rhyming up against Drew's horrid spelling any time!

Andy Murray is longing for answers regarding Blues’ putrid offense - STLtoday
The Blues, who come to Nashville Friday, are foundering after a successful opening weekend in Sweden against Detroit.

The City Lost Its Best Friend " Teds Take
Washington Capitals owner Ted Leonsis writes about the passing of Abe Pollin, who sold the Caps to Leonsis 10 years ago.

SB Nation's 2010 Olympics Hockey Preview - SB Nation
Each day, 3 SB Nation blogs will provide a preview of which players on their team are likely to play in the Winter Olympics. Today's entries include Chicago, Colorado, and Columbus. Look for Nashville's over the weekend.

Former Habs suitor sets sights on Coyotes - The Globe and Mail
A new party steps up as a contender to purchase the Phoenix Coyotes.

Interview: What happened with the Habs and Latendresse? | Hockey From the Cheap Seats
Matt Reitz interviews Kyle Roussel to find out how a French-Canadian favorite wound up getting traded out of Montreal.

A little Wednesday morning trivia - From The Rink
Try your hand at this toughie that made the rounds on Twitter last evening.

DiPietro speaks after practice. And how are we feeling? - Lighthouse Hockey
Rick DiPietro finally returns to practice with the Islanders, and might be ready for conditioning in the minors soon. Will that force a trade of either Dwayne Roloson or Martin Biron?

The Push Hit MUST GO! - HockeyChats.com
Darren Pang highlights what he considers to be a dangerous practice that needs to be eliminated from the NHL; the two-handed shove that players dish out as they follow through on a check.

Long-rumored AHL outdoor 'classic' comes to Syracuse - Puck Daddy
A great idea for the AHL, an outdoor game to be played in February.

1984-85 Team - Walt Poddubny - Pension Plan Puppets
PPP's "Leaf of the Day" feature is notable today for spotlighting a retired star who passed away earlier this year.

CTV Olympics - Kiprusoff won't play in Olympics unless he starts
The starting goaltender job for Finland's Olympic team boasts a number of decent contenders, but now we have Miikka Kiprusoff saying that if isn't slated for the #1 job, then he'd rather just stay home. While he's off to a decent start, Kipper's performance has been in steady decline, and the Finns have plenty of good options include Nashville's Pekka Rinne, Minnesota's Niklas Backstrom, and Tampa Bay's Antero Niittymaki.

Which was Roloson's best save? There were only 58 of them. - Lighthouse Hockey
Dominik shares the best highlights from Dwayne Roloson's insanely great game Monday night against Toronto.

Inside the Minnesota Wild: Digital and Interactive Group - Hockey Wilderness
Nathan brings us a Q&A with the business side of the Minnesota Wild, and asks about how they are embracing the world of social media and blogs.

Great Ideas Courtesy of VERSUS " Puck The Media
Steve Lepore takes three good whacks at the decision-making at Versus over Monday's Predators/Red Wings telecast.

How Important are Playoff Wins? - Bird Watchers Anonymous
The Falconer looks at how big a factor playoff success is in building a successful NHL franchise.

Leclaire out with fractured cheek bone, will require surgery - Silver Seven
Will the injury parade never cease? Ottawa loses their starting goaltender due to an injury suffered while sitting on the bench.