Evidently when NHL Commissioner Gary Bettman made his yearly visit to Nashville a couple weeks ago, mayor Karl Dean took the opportunity to make an early pitch for the 2015 All-Star Game, reports Michael Cass of the Tennessean this morning.

Why so far out in advance, you might ask? Because the city is getting started on a new convention center, and the current facility doesn't provide the space the NHL requires. 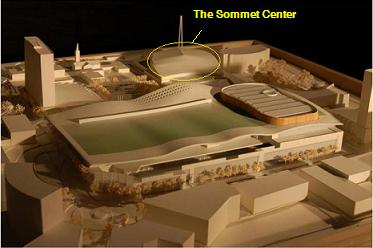 While approval of such an idea is speculative at this point (the first shovel load of dirt hasn't been moved yet), this would be a huge event for Nashville's hockey fans to get excited about.