The NHL has announced the finalists for the Calder Trophy, awarded to the NHL's top rookie each season. The nominees this year are Columbus Blue Jackets goalie Steve Mason (the presumptive favorite), Anaheim's Bobby Ryan, and Chicago's Kris Versteeg.

Pekka Rinne, who was talked about as being within a hair-splitting decision of Mason's candidacy over the final months of the season, was left out of the top 3 by the voters, the members of the Professional Hockey Writers Association.

I'm not here to bash Mason at all, I think he's had a stellar campaign and should be a deserving winner of the Calder. Bobby Ryan led all rookies in scoring, and scored 31 goals, and is another obvious candidate:

But Kris Versteeg? Yes, I understand he had a good offensive season as well, but is a significant step back from Ryan in the goal-scoring department.

But the NHL writeup informs us that  "Of course, his 22 goals and 31 assists, fourth in team scoring was Important [sic], but Versteeg brought an alternately witty and off-the-wall sense of humor into the dressing room. Check the Web for some of his teammate-teasing videos, the teammates' responses, and his dressing-room rap session." Oh, so he's got the wacky factor working for him, does he? Well, Versteeg ain't got nothing on our Finnish netminder: 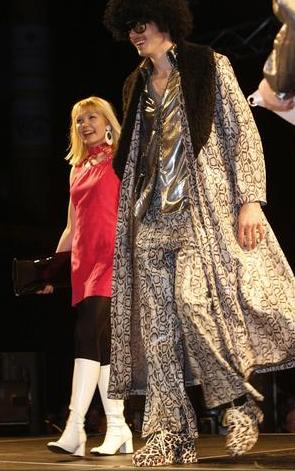 You're telling me this guy doesn't belong in Vegas?

Simply put, Pekka Rinne made a colossal difference for the Nashville Predators this season, and without his performance the Preds would have been in the race for the first overall draft pick. He should certainly have been included in the Calder Trophy finalists.