For American hockey fans who can't catch the Hockey World Championships on TV, it looks like there is one small consolation prize: @IIHFHockey is on Twitter, providing miniature updates of game action.

If an American hockey fan is on Twitter, they're probably better off following a few Canadian friends who can watch the action on TSN: 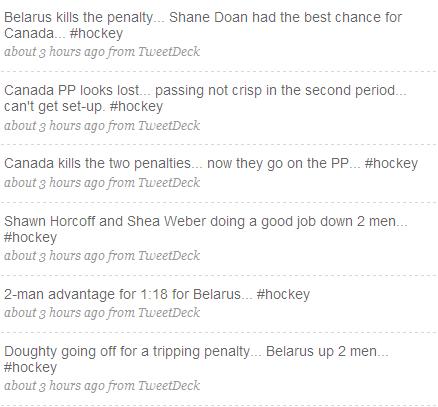