Share All sharing options for: Penguins vs. Capitals 2nd-round preview 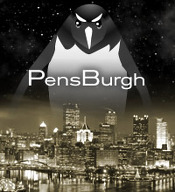 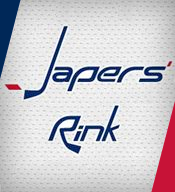 Both the Penguins and Capitals faced stiff challenges during the first round, and now the NHL's hype-meter is threatening to blow with the prospect of Sidney Crosby and Alex Ovechkin facing off in the Eastern Conference Semifinal.

Overall, this is a tight matchup; Washington plays a slightly more up-tempo game in that both Goals For and Against are higher than Pittsburgh's. The Penguins are the better team at even strength, while the Caps rely on a dangerous power play.

Varlamov made a name for himself in the first round, but he'll have a much harder time stopping a deep and diverse Pittsburgh attack.

No OtF preview would be complete without a look at Penalty Plus/Minus, to see which players will head to, or send other players to, the box:

Both teams have some eye-popping talent which can turn defenders inside-out, but Washington has done the better job capitalizing (pun thoroughly intended) on their power play opportunities.

Two factors in particular lead me to pick the Pittsburgh Penguins. First, they've been a much better team since Dan Bylsma took over behind the bench, meaning that (like Anaheim and Carolina) they're probably a better team than "The Numbers" section above indicates, since it is based on total-season results. Secondly, Washington's goaltending is likely to be exposed against a strong Penguins team.