Share All sharing options for: Predators getting kids hooked... on street hockey

Last night the Nashville Predators hosted another installment of their "Taking Hockey To The Streets" program, where a couple members of the team show up with a load of gear, and host a game of street hockey for neighborhood kids. Jim Diamond over at the Examiner has all the details, and @LoudestNoise shared a few pictures from the evening via Flickr. Participating in last evening's festivities were Barry Trotz, Peter Horachek, and Vern Fiddler:

The first game featured students in kindergarten through fifth grade, and that was followed by the middle and high school students with an adult crasher or two thrown in as well. GNASH deserves the first star of the night for toughing it out by playing in both games. That was over an hour of hockey in some fairly oppressive humidity.

Horachek, Fiddler and Trotz stuck around post-game for pictures and autographs for all in attendance. 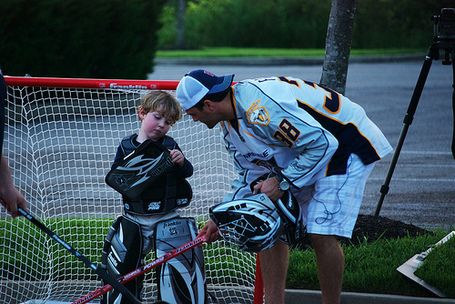 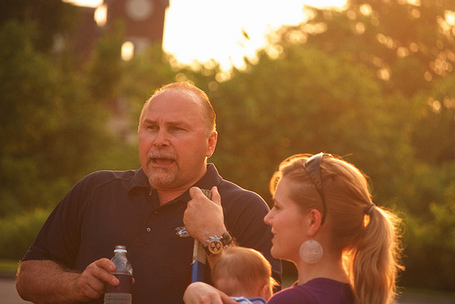 Coach Trotz gets ready to juggle the lines

One other note of interest in Diamond's article is that Fiddler and the team are discussing a new contract for next season.