UPDATE: The above picture is another rendering from a user at the Preds Boards. As you can see, the sleeves are where we are confused.

It started with a hint from Steve Sullivan this afternoon on Twitter. Then two guys from Cellblock 303, Jeremy Gover and Codey Holland decided to go to the Sommet to see what was happening, and are we glad they did! See what they found: 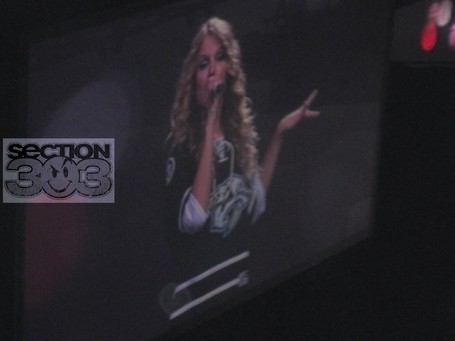 Sure enough, Taylor Swift of all people gave us our first look at the new third jersey, five days early! Nice job Jeremy and Codey! I'm relieved that there is no checkerboard design that was shown in an earlier mockup.Overall I like it, especially because it's not mustard.

I attempted to put together a mockup picture of the above pictures. Here is what I came up with using the previous mockup from Icethetics. What confuses me a little is the area of the arms near the wrist. In Section 303's first picture, it looks like it has yellow or white diagonal stripes, but in the right picture it looks like white straight lines. 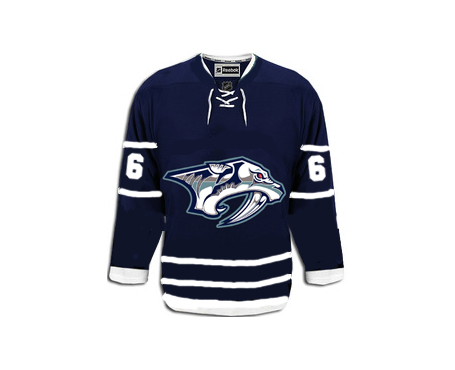 So what do you think Preds fans? Do you love it or hate it?