Matthew Lombardi's injury - a hard tumble into the boards?

Share All sharing options for: Matthew Lombardi's injury - a hard tumble into the boards?

Nashville Predators fans have been left wondering what the story is with Matthew Lombardi, who was scratched from the lineup both Thursday and Saturday, and is reportedly headed to injured reserve with a concussion (per Josh Cooper of The Tennessean). The situation hasn't been made any clearer by Barry Trotz, who offered up language late last week that suggested perhaps that Lombardi was just off to a slow start.

No matter the case, folks have been asking constantly what exactly happened, and why he's out of the lineup. So I went through the game video from Wednesday's win in Chicago, and may (emphasize may) have found what happened.

Follow after the jump for a look at the moment which could have led to Lombardi's injury...

Early in the 2nd period, on the road at Chicago with the Blackhawks leading 2-1. Lombardi comes onto the ice with 2:02 gone in the period, and after about 30 seconds of action, things settle down with Cody Franson setting up behind the Nashville net for a breakout. Lombardi accepts the puck along the right boards and comes out the defensive zone, heading towards the middle as he crosses the blueline: 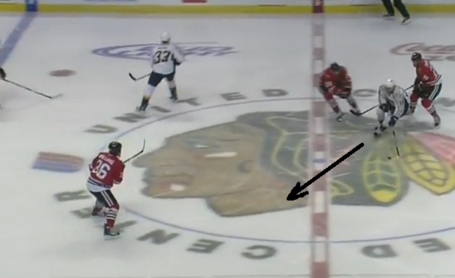 As he approaches the Chicago blueline, Dave Bolland (#36) starts to steer him off the side: 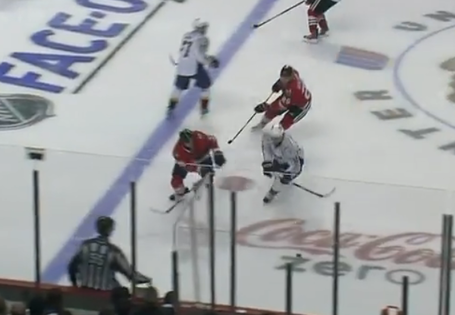 With little room left to maneuver, they bump shoulders... 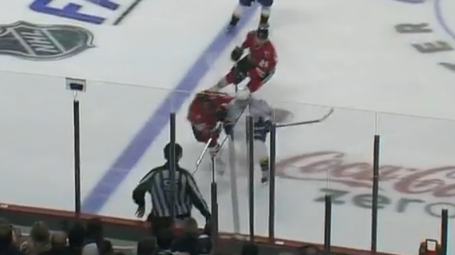 ...and both guys tumble into the boards. Due to the camera angle involved we can't see the impact, but it's possible that whatever upper body injury Lombardi suffered (Josh Cooper says a concussion) occurred there. 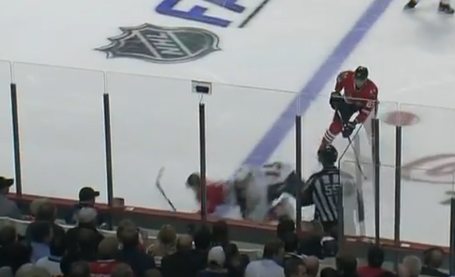 What's amazing it from here, Lombardi gets up and keeps on working through an extended shift. The Time On Ice reports it as being 2:37 long, which is insane, but when I followed the video (using NHL's GameCenter Live, which is a truly wondrous way to watch a game on your PC), that's exactly what happened. He didn't take an opportunity to change up shortly after this hit, and ended up getting stuck out there as the Preds battled in the defensive zone, and took a subsequent icing.

From that point on, he played less than 6 minutes over the rest of the game (as opposed to David Legwand, who played about 13 minutes from there to the end).

This didn't appear to be a particularly malicious hit by Bolland, just a case of too much speed headed into a bad place with no room to bail out. What remains to be seen is how long Lombardi will be out of action, and how long it takes him to get back to 100%.