Share All sharing options for: Monday's notes: Welcome to Movember!

It's that time of year again - the leafs are turning, kids are jacked up on Halloween candy, and festering growths start appearing on the faces of men everywhere. Yes, it's Movember, which means not only will the Nashville Predators grow mustaches again in order to raise awareness and donations to benefit prostate cancer research, but others are invited to get in on the act, too.

This year, I'm going to finally get involved, and jump on board Paul Nicholson's team, a group of Preds fans who want to recognize and support Predators Assistant Coach Peter Horachek, who had surgery last week for prostate cancer. On the personal front, my dad has had radiation and hormone treatments for prostate cancer in recent years, and while things seem to be under control, the looming specter in the background can't be ignored.

I got a couple days head-start on my Mo, and have to warn you that things could get ugly. The last time I tried to grow any facial hair was about 20 years ago, and the results were terrible to behold. But in the name of men's health, please consider heading over to my Movember page and making a donation! Proceeds go to the Prostate Cancer Foundation and LIVESTRONG. 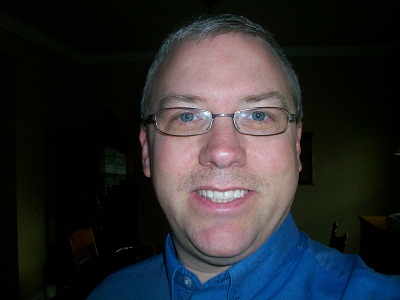 For now, then, follow after the jump for a trick-or-treat bag full of hockey goodness!

The Preds don't play at home again until Saturday, November 13 vs. the Chicago Blackhawks, but you can plan ahead and use the OtF discount to save money on Nashville Predators tickets for this, or any other home game. Heck, you can even get an early start on your holiday gift-shopping and get some Preds tickets for stocking-stuffers!

What The Puck: November + Mustaches = Movember
Wow, even Rachel's rocking a Mo! I had no idea she was a Rollie Fingers fan.

Preds On The Glass: Barry Trotz Laughs, POTG Radio Returns, and Monday Round-Up
Buddy's morning links includes rare video of the Preds coaching laughing during an interview... ranking it right up there with a Bigfoot sighting.

Man games lost to injury adding up quickly for the Predators - Nashville Predators Examiner
If the Preds had a MASH unit, the doctors would be freaking out over all the carnage.

Greetings From Smashville! Season 13, Week 5 | The Hockey Writers
Jas recaps the week gone by, a creepy one even before we got to Halloween.

Win the best seats in the house! - 104-5 The Zone
104.5 is having a pretty cool giveaway, with the big prize being the "bench seats" to an upcoming game. You can fill out the form here for an entry, and find all the details for other ways to enter as well.

Predators expect Ryan Suter back on skates soon - Sporting News
According to this report from Craig Custance, Ryan Suter may skate at practice today.

Preds invest heavily in youth hockey - The Tennessean
In their Williamson County section, The Tennessean details the programs the Preds are sponsoring to help develop interest in the game among kids.

Numbers that really count are on the scoreboard - The Globe and Mail
There are some solid criticisms which can be made of statistical analysis in hockey, but this article is bereft of them. Roy MacGregor takes the dullard's approach, glancing briefly at tools he doesn't understand and condemning the lot of them.

Roy MacGregor placed on LTIR Following Failed Attack on Straw Man - Behind The Net
...and Gabe takes him out to the proverbial woodshed for a whoopin'.

Reports: Zach Parise's "Lower Body Injury" Actually First Occurred in August - In Lou We Trust
As if New Jersey fans don't have enough to worry about already, word comes that their young star has been fighting through a lingering injury problem for months.

New Jersey Devils blogger roundtable: How bad can it get? - From The Rink
Hey, it's just October, there's lots of time left for things to get worse!

Power Play Plus/Minus: Which teams have the best and worst PP units so far? | ProHockeyTalk
An insightful way of looking at PP performance... and the Preds don't come too well.

Penalty Kill Plus/Minus: The best (and worst) shorthanded units to this point | ProHockeyTalk
...and the equivalent view of PK work.

Special Teams Plus/Minus – Early season results | ProHockeyTalk
...and when you put it all together, this is what you get. I like this approach for its simplicity, while combining aspect of special teams efficiency and propensity to draw/commit penalties.

Danny Briere to meet with NHL regarding Nielsen hit - Broad Street Hockey
The Flyers forward acted like a hothead late in a loss to Columbus last week, and will now face discipline for a stick to the face of Frans Nielsen.

Giordano's New Contract - Is He Worth It Yet? - Matchsticks and Gasoline
Calgary locks up their 27-year-old defenseman for 5 years and just over $20 million.

Doughty speaks " LA Kings Insider
Los Angeles is still waiting for their young superstar blueliner to return to action after suffering a concussion.

Cliche activated, assigned " LA Kings Insider
The Kings have sent Marc-Andre Cliche to their AHL affiliate, where he's going to take things one game at a time, and do whatever it takes to help the team win.

Capitals Insider - In Caps' team meeting, Boudreau preaches consistency
When faced with disappointing play, some coaches have recently resorted to the "bag skate", an all-out practice without pucks where the team is relentlessly skated into exhaustion. With the Capitals, Bruce Boudreau went the opposite route and held a long teem meeting instead.

The NHL’s new goaltending model - The Globe and Mail
Eric Duhatschek with the hockey version of "It takes two to make a thing go right..."

Sports Executive: Rays Should Give Away Entire Season of Tickets - CNBC
Interesting stuff here from the world of baseball. This wouldn't work in the NHL, where gate revenues are the lion's share of what fuels the salary cap system, but the dynamics are interesting, and speak to why Preds CEO Jeff Cogen is so keen to get folks into the building.

Why Americans do it better - Independent.ie
High praise from Ireland about the superiority of American sports, which includes a few specific nods to the NHL (yes, Canada, you can bask in some of that reflected glow).

And we'll finish off with a little Halloween-themed video courtesy of Puck Daddy...