Colin Wilson scored the game-winner and Dan Ellis stopped 30 of 31 Thrashers shots as the Nashville Predators beat Atlanta 2-1 to launch their four-game road trip. For head coach Barry Trotz, it was his 400th career NHL victory, all of course with the Predators. 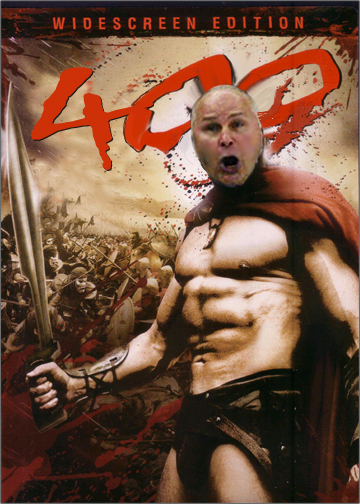 Kudos to Aditya for the awesomeness

Follow after the jump for commentary and advanced statistics, and check the video widget on the right sidebar for highlights as soon as they become available...

It looked early on like the Preds would command this one handily, as they jumped out to a 2-0 lead in the first period. A power play goal (!) by Ryan Suter that featured plenty of traffic in front of Johan Hedberg in the Atlanta net got Nashville on the board. Then, late in the period, Colin Wilson jumped on a loose puck that Mark Popovic couldn't handle, and took it right in on Hedberg to score his 4th goal of the season (and ultimately his second game-winner).

In the second, however, the Thrashers came out much more determined, and almost immediately got back into it, scoring just 29 seconds into the period as Nik Antropov tipped home a back-door play behind Dan Ellis. From there, the Thrashers tried to maintain a high tempo, and at times the Thrashers and Preds traded chances back and forth. Ellis had a really fine night in the Nashville net, sometimes having to stray out of his crease to cut down the angles, but using his stick to recover when needed, as in one instance in the third when Antropov cruised through the zone waiting for the perfect opportunity to shoot.

In an encouraging sign for the Preds, special teams played a positive role in tonight's outcome. Suter's power play goal kept that unit humming, and the penalty killers did a generally good job fighting off two Atlanta chances. There was one sequence when the PK group (particularly Marcel Goc and Kevin Klein) got too eager to force offensive pressure, and nearly coughed up an odd-man rush.

All in all, it was a pretty good road win. The team only took two penalties (neither was egregious), and they played a pretty smart game. It will likely take a better effort, however, against San Jose on Thursday to pull out another win.

Thanks to Calgary beating Detroit in regulation tonight, the Preds remain in 7th place in the West, with a two-point advantage over the Flames.

After spending this week on the road, the Predators play their next home game Tuesday, March 16 against the Philadelphia Flyers. If you're looking for cheap Nashville Predators tickets, we've got you covered.

Barry Trotz adjusted to the loss of two regular defensemen by loading up his four veterans with heavy minutes, and keeping the rookie tandem of Cody Franson and Alexander Sulzer paired together, banking on their experience playing with each other in Milwaukee.

Apparently J.P. Dumont is back in the dog house, as he logged the least ice time on the team tonight, nearly invisible on a line with Dustin Boyd and Jordin Tootoo.