The Nashville Predators' three game winning streak came to an end tonight against the Calgary Flames, as did the chance to move within two points of the division lead. It was a discouraging loss on many levels, mainly the lack of any conviction regarding actually playing special teams, but losing for just the third time in the entire month of January is certainly nothing to be alarmed about.


Further reaction and video highlights are found after the jump. 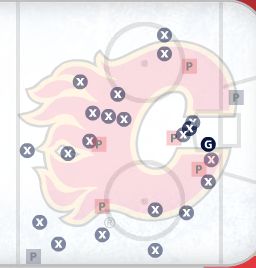 See the high concentration of shots from the faceoff circles out? Yeah, not good.