At long last, we get to welcome the Nashville Predators back to the ice at Bridgestone Arena. It's been a long summer, and there will be quite a few changes to look forward to; the new Fan Zone at one end of the 300 level, the new boards & glass, and of course some of the new faces on the team itself.

In fact, developing injury news seems to indicate that we'll see even more new faces than usual, so follow after the jump as we look at tonight's matchup!

It's still a little early to run with this season's numbers, so here's how the Preds & Coyotes wrapped up last year:

In 5-on-5, the Coyotes were as stingy as the Preds, but much more productive offensively. Special teams were quite different as well, with Nashville standing out as a superior penalty-killing team.

The Coyotes remind me a lot of the Predators in the wake of all the 2007 franchise sale drama - overshadowed by controversy, but actually a competitive, scrappy team on the ice.

Up front (forward preview here), guys like Daymond Langkow, Shane Doan and Ray Whitney make for a dangerous top line, and they're supported with some talented depth, too, in Radim Vrbata, big Martin Hanzal, and Lauri Korpikoski. On the blueline (preview here), Keith Yandle was 3rd among NHL defensemen in scoring last season, but after that, their talent drops off quite a bit. Derek Morris is a solid vet, but the 2nd and 3rd pairs are fairly pedestrian.

The big question for Phoenix is in goal, where Mike Smith takes over the reins from Ilya Bryzgalov, who hit the jackpot with Philadelphia.

The Coyotes come into tonight's game with an 0-1-1 record, having opened with a 6-3 loss at San Jose last Saturday, then a 2-1 shootout loss at Dallas Monday night. 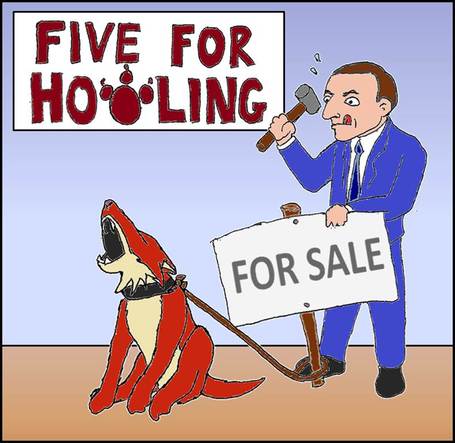 While the Preds are happy to roll into this game with a 2-0 record, there is reason for concern. Mike Fisher, Francis Bouillon and Martin Erat will all be out for tonight's game, and Patric Hornqvist is uncertain, leaving the team short two or three of its top forwards and its most experienced defenseman.

What that does mean is that we should see two players make their Nashville debut in Niclas Bergfors and Brian McGrattan. Bergfors, of course, was brought in to bolster the team's goal-scoring threat on the wing, but hasn't been able to crack the lineup yet. McGrattan is a heavyweight enforcer, who we can expect to play maybe 2 or 3 minutes a night.

Word has it that Mattias Ekholm might also dress for tonight's game, which to me is the most interesting development.

With all of the missing players tonight, it will be incumbent on the top line of Colin Wilson, David Legwand and Craig Smith to lead the way offensively, and for Pekka Rinne to continue his dominating ways in goal.

No matter what, it should be a fun evening at Bridgestone, where the festivities get started at 4:00 p.m. on the plaza. So make sure to either get down there (this morning there were still a few tickets available), or tune in and join the OTF Game Thread.