It'll be a rough week for Nashville Predators fans, following their team as they play late-night games tonight at Edmonton and Thursday at Vancouver, but this is what hockey's all about, right? Staying up way past your bed time to see if your team can pull out another against-all-odds win in a hostile environment?

Make sure to check back later for tonight's Game Thread (the puck drops at 8:30 p.m. Central on FS-TN), but in the meantime, let's break down the matchup...

We're still working with last year's stats (until Behind The Net starts publishing current-season spreadsheets), so here's a look at how the Preds & Oilers wrapped up last year. Cells where a team ranks in the Top 3 are shaded green, Bottom 3 results are pink:

Last season, the Oilers were a poor 5-on-5 team, so the big issue tonight will be how much of a step forward they've taken over the summer in this regard. The Preds are struggling in 5-on-5 currently, so this may be their chance to get back on track. Edmonton also had an abysmal penalty kill last year, providing opportunity for Nashville to keep their power play rolling.

Like a bad parent with no filter between brain and mouth, you watch the Oilers and just want to blurt out, "why can't our kids be like theirs?" Nothing against Nashville's developing prospects, but any organization would love to have just one of Taylor Hall, Jordan Eberle, Magnus Paajarvi or Ryan Nugent-Hopkins, let alone all four at once. Not only do they boast star-quality upside potential, but all four of them are younger than any of Nashville's forwards, so they still have ample time to develop, too.

Now of course, as I wrote this morning, youth carries its risks, and when you combine high-flying kids with a blueline that even their own fans acknowledge as one of the NHL's worst, Edmonton should be see a number of high-scoring games this season, both for and against the home side. Will there be enough winning nights to life the Oilers back into the Western Conference playoffs? Probably not yet, but they've got hope that better times are on the way.

TSN reports that the Oilers will line up as follows:

For more on the Oilers, head over to SB Nation's Edmonton blog: 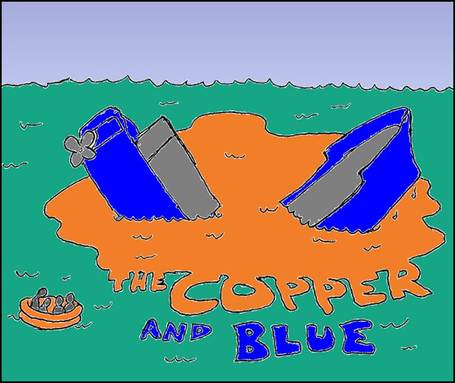 The Preds are working their way through adversity brought on by injury to key forwards, as Martin Erat and Mike Fisher are still out for an undetermined amount of time, and Patric Hornqvist rounds himself back into game shape.

One interesting decision will be which forward plays and which one watches from the press box - will Niclas Bergfors get another chance, or does Brian McGrattan skate? Will the top line from Saturday of Wilson-Legwand-Kostitsyn stick together, or does Barry Trotz try and spread out his talent a bit?

On defense, Francis Bouillon is on the trip, but not ready to play yet. The question there is whether Mattias Ekholm plays, or Jack Hillen. We also haven't seen Anders Lindback take the ice yet, but given the relatively spread-out schedule the Preds are playing these days, there is no reason to give Pekka Rinne a night off yet.