The Nashville Predators won't receive any respite while they seek to get their collective game in order, as the Tampa Bay Lightning (4-3-2) pay a visit to Smashville on Hockey Fights Cancer Night. A little over 1,000 tickets remain for this one (take the OTF Discount to get yours), so there should be a good crowd on hand to watch big names like Vincent Lecavalier, Martin St. Louis, and Steven Stamkos take on the Preds, a classic matchup of a top-heavy team with star forwards against more of a lunch-bucket brigade in Nashville.

Broadcast Note: While this game is not being shown locally, the Center Ice blackout should be lifted for tonight & Saturday as well, so if you subscribe to Center Ice, it should be on.

Can the Predators close ranks in their trademark fashion and eke out their first win at Bridgestone Arena this season? Follow after the jump as we dig into the details...

As always, let's begin with the Tale of the Tape:

Fortunately, I see opportunity for the Predators here - Tampa's playing a very high-event style of game these days (lots of shots for & against), unlike Nashville's recent opponents like San Jose and Vancouver, who combine offensive skill with suffocating team defense. In other words, if the Preds stay patient, the chances to counterattack should come.

Special teams would also seem to favor the Preds at this point, which is a bit surprising as you'd think the Tampa Bay power play would be downright electric (har har) with the star-quality forwards they can roll out there. Team discipline has been an issue for the Lightning, however, as they've been on the penalty kill more often than any team but Philadelphia so far.

Tampa is lumbering out of the gate a bit, and may be in for a challenge from upstart cross-state rival Florida all season long, as the Capitals pull away from the field in the Southeast Division.

The Lightning are represented within SB Nation by: 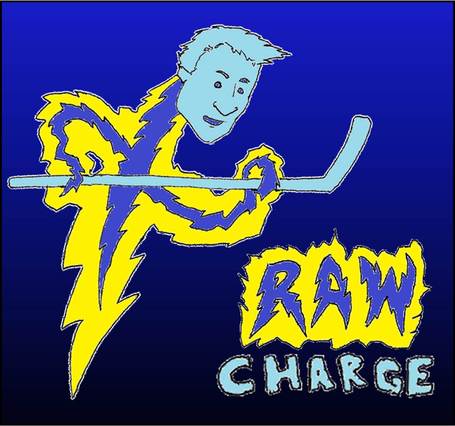 So who's leading the Lightning in scoring these days? Nope, it's not Stamkos, St. Louis, or Lecavalier, but this guy:

There was some question as to whether MAB would even be able to hang on in the NHL in recent years, as he seemed to be little more than a power play specialist on the blueline, a luxury few teams can afford to carry in the lineup. When Barry Trotz talks about the challenge with Ryan Ellis being whether he'll turn out to be a specialist, or a "special player", I tend to think of Bergeron as a comparable on the "specialist" end of that spectrum.

In goal, ancient keeper Dwayne Roloson helped salvage the team last season and received a new one-year contract, but has been awful so far. Mathieu Garon has been getting the bulk of the work lately.

As always, though, the focus will be up front on Lecavalier, St. Louis and Stamkos, any one of which is capable of taking over a game.

The good news for the Preds is that while the team has played pretty horribly so far ("absolutely horrible", one might say, and not just about one rookie who dressed for two games), the return of Mike Fisher and Francis Bouillon should help stabilize things to some extent, and the eventual return of Martin Erat should allow the team to field two competitive lines.

For the moment, the offensive leadership has been assumed by rookie Craig Smith, who leads the team in goals (3) and the forwards in shots (21), by almost a 2-to-1 margin over his nearest rival.

We'd expect to see Pekka Rinne in goal again given the day off between starts, and Nashville fans can thank him for pretty much every point the Preds have earned in the standings so far.