Teemu Laakso has toiled in the Nashville Predators organization for three full seasons, often coming tantalizingly close to earning steady NHL work only to head back to Milwaukee for more development. This year, he breaks camp with the Preds for the second time, with perhaps his best chance at a regular spot in the lineup.

Is this the year that Teemu Laakso becomes a full-time NHLer? Let's find out after the jump...

Laakso pretty much wore a track from Nashville to Milwaukee, making the trip back and forth several times over the course of the season, serving as an emergency option on defense but ultimately only playing one game in the NHL, on October 23rd at Dallas, with a whopping 2:43 of ice time.

During his time in Milwaukee, however, he played a leading role As our friends at Admirals Roundtable said in their season review:

Best Lineup Decision:  Pairing Roman Josi and Teemu Laakso on the blueline.  The two European-born defenders were dynamite as a tandem against Texas, and a big reason why Milwaukee advanced to the second round.  The two combined for a plus 13 rating in a series decided by a razor thin margin.

Given the other high-flying blueline prospects within the system, such as Mattias Ekholm and Ryan Ellis, it makes one wonder if Laakso might prove to be an ideal complement to those kinds of players, the safety net which allows the high-profile guy to take chances offensively.

With just 8 career NHL games, pretty each every night will be a milestone.

With so little NHL experience, there's really nothing to offer from an advanced stats perspective here. One could use the concept of NHL Equivalency to guesstimate that as a 24-year-old coming from the AHL, we can expect him to produce at a points-per-game rate around 33% of what he did last year for Milwaukee. With the Admirals, he put up 8 goals and 22 assists in 74 games, for a 0.40 PPG. Translate that to around 0.13 PPG in the NHL, and if Laakso were to play all 82 games, that would project him for around 10 or 11 points.

Here's a look at where all of Laakso's Even Strength shots came from while he played for the Preds last season: 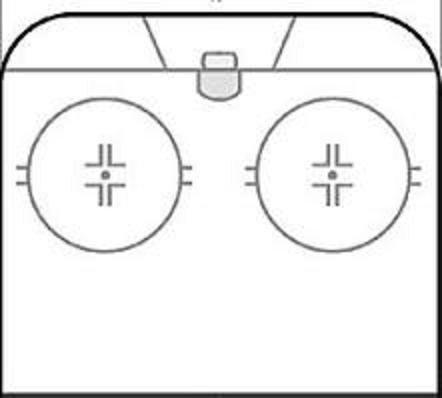 Oops, he didn't have any!

Here's my response back in 2009, to the question of whether going with rookies in Laakso, Cody Franson and Alexander Sulzer would be a "stretch" for the Preds:

My answer, yes, it would be a stretch - a mind-blowingly large one that would probably send Barry Trotz's blood pressure through the roof. I simply can't imagine an NHL team with aspirations for the playoffs lining up 3 totally raw rookies in the 5-6-7 slots, behind Kevin Klein (with all of 81 games of NHL experience) at #4. For the sake of his head coach's sanity, David Poile will obtain a graybeard, stay-at-home type to work the 3rd pair and mentor the new kids. It's a formula that worked well with Greg de Vries, and now it's time to move on to a more affordable option.    [note: Francis Bouillon joined the Preds during that training camp]

That matches pretty much exactly what I thought about the notion that Nashville would sport a 3rd-pairing that was "new to the NHL" this fall.

With the Admirals, Laakso did seem to produce at a decent clip offensively, and here you see him blast one from the point:

The Positive: He earns the coaches' trust holding down a stay-at-home job on the 3rd pair and PK, playing the bulk of the season.

The Negative: Gets pushed out of the way by one of the prospects, and either gets traded or claimed on waivers to try and find an opportunity elsewhere.