More reader-created goodness that just has to go on the front page! - Dirk
[By the way, thanks for that.]

As you may or may not have noticed, My Little Pony has taken over the internet. I've noticed many green posts featuring ponies, so it's apparent that there are bronies here, too. Even if you aren't a fan, read on... LuvthePreds isn't, but she watched me design the ponies and was very much amused anyway.

So... there I was... at a viewing party at Brewhouse South not too long ago... doodling on my napkin during commercials as is custom. Before I knew it, I had drawn a pony with a hockey stick for a cutie mark. And there the daydreams began.

And so, On the Forecheck, I present to you... My Little Pony: Hockey is Magic!

TL;DR: I've ponified all the players and will be releasing them a few at a time until.. they've.. all been released.
-Their appearances and personalities are exaggerated.. MLP is a cartoon, after all!
-I have a few special non-player ponies to be released following relevant games.
-My next project is to ponify the 30 NHL teams. ..And I mean the teams as a WHOLE.. not individual players; that would take forever!
-I didn't actually draw these.. I used an online pony creation tool.. but they're exactly as I imagined them and they came out far better than they would have if I had drawn them.
-The player ponies are wearing jersey-inspired clothing that intentionally covers their cutie marks.. frankly, because I don't know them well enough to determine what exactly their cutie marks would be (and because they'd probably all be hockey-related anyway).

Martin Erat (because he was awesome tonight) 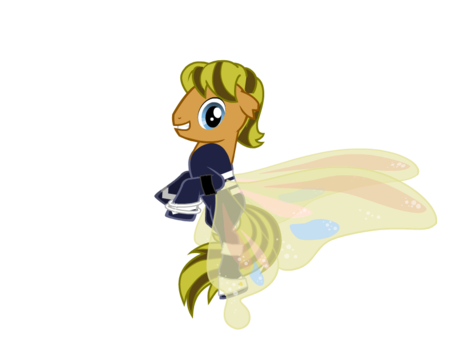 Marty's wings, while beautiful, are paper-thin and easily injured during his attempts to show them off. On multiple occasions, he has swooped in with a well-timed goal and saved the day... however, he's usually too busy worrying about his wings' appearance to focus on using them effectively.


Brian McGrattan (because he had a game misconduct lol) 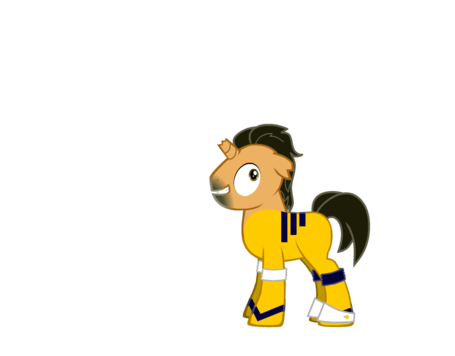 Here's a fun fact: McGrattan is certifiably insane. He's the type of pony who watches Frosty the Snowman one hour and beats somepony into glue the next. He mainly uses his unicorn powers to telekinetically play Call of Duty.


Matt Halischuk (just for the heck of it) 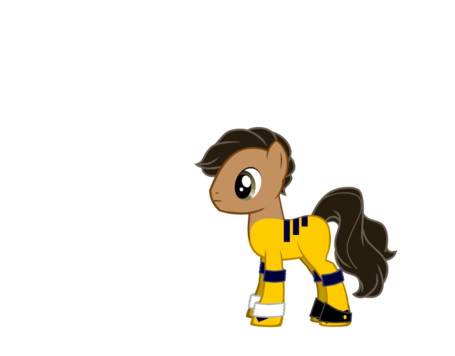 ....Bouldergeist had to look in the program to find something about Halischuk because she doesn't know anything about him. It says there that he "describes himself as quiet and reserved, but his biggest non-hockey aspiration is to one day become a rock star." So... she thought that was interesting.

Anders Lindback (because he tried) 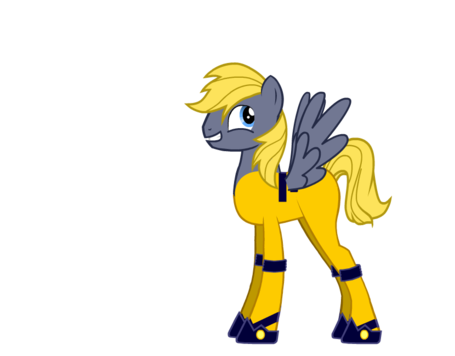 Footage of Anders shopping for necessities following his move to Nashville revealed him to be a giant with the heart of a little colt. This was quickly picked up and made fanon. 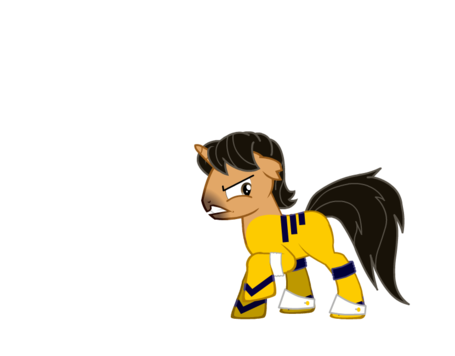 Neigh-sayers claim Legwand's only still around because somepony still believes he still has potential to play like the first-round draft pick he is.. he's the last original player, whatever the reason.


The Ref (because of that last call) 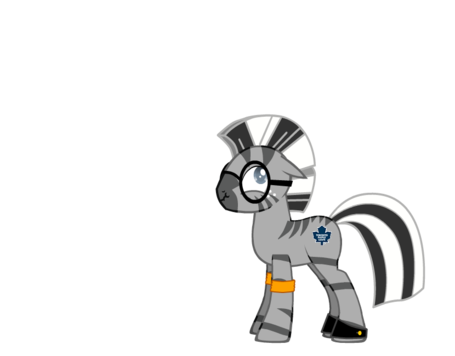 Hockey was huge in Ontario where Official Hooves grew up. Because of his disability, he could never play with the other kids, but he loved attending Maple Leafs games and studied to become a Zamboni driver. After failing numerous vision examinations, he was picked up by the Equestrian Hockey League as a referee.


Ryan Ellis (because it was his first game with us) 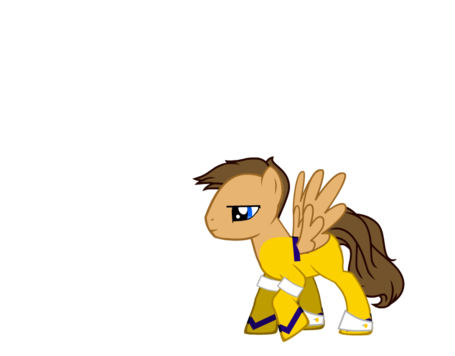 Ellis, obviously, wasn't in the original set, but Boulder had to make him just now because he played well.


Jon Blum (because he scored) 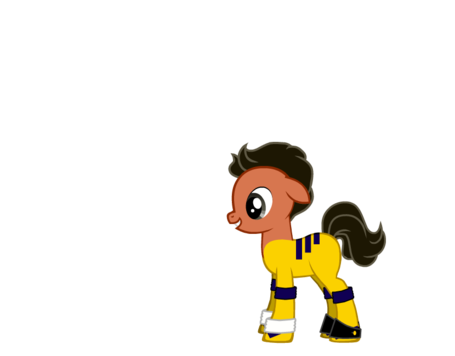 Much that we know about Blum comes from his Twitter account. Apparently, when he isn't playing hockey, he likes to eat, watch football, play Xbox, and "hang out."


Kyle Wilson (because he's back) 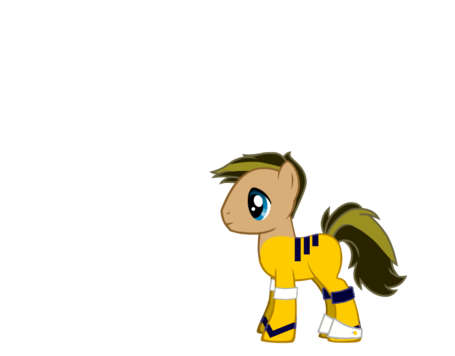 
Pekka Rinne (because he's back!) 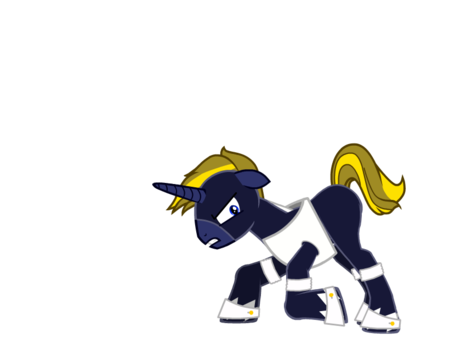 Pekka Rinne, a master of magic, uses his unicorn powers to enhance his already-impressive abilities.

Gabriel Bourque (because it's his first game) 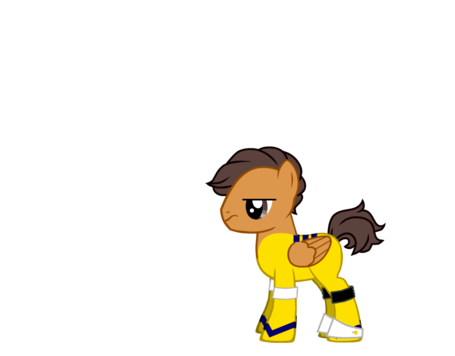 
Colin Wilson (because he scored.. in the shootout) 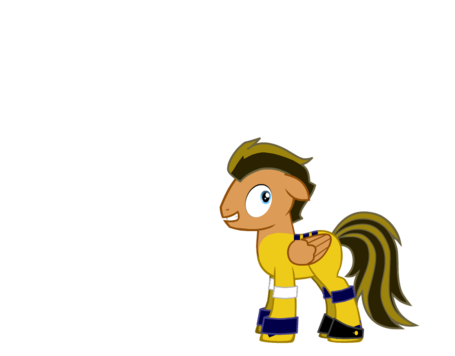 Wilson received the Rookie of the Year Award in 2008, and he hasn't disappointed anypony... seriouslythoughwhat'swithhispicture

Stay tuned over the next few weeks for moar ponies. I'll mainly post them based on what happens in the games, but if you'd like to leave in the comments a player you'd like to see next, I'll take that into consideration! /)^3^(\

Edit: For the non-bronies in the audience, ponification is an age-old ritual that is - don't worry - meant to be funny.

Edit 2: And for the non-bronies who are more curious than judgmental, here's a link to an episode. I chose this one because it's one of my favorites and the inspiration for Marty's wings.