Nashville Predators @ Dallas Stars Preview: Someone Will Not Lose

Share All sharing options for: Nashville Predators @ Dallas Stars Preview: Someone Will Not Lose 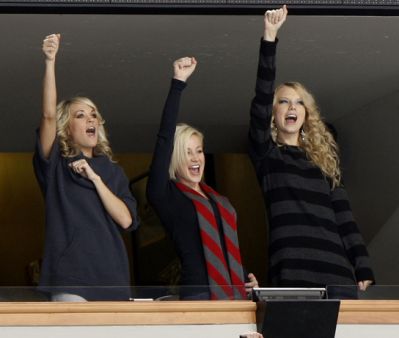 Today marks game 62 of an 82-game season and the Predators stand in a three-way tie for 8th place with Dallas and Chicago. I hesitate to ever use the "must win" label unless a team must actually win, but this game is about as important as any pre-trade-deadline match-up can be. The Preds have struggled lately, but luckily for them, the Stars are in an even bigger slide--Dallas is 2-7-1 in their last 10.

And while Predators fans clamor for David Poile to respond to losses with a big trade, the Stars already made theirs, the indefensibly bad Neal-for-Goligoski. For Predators fans perhaps not familiar with the involved players, there's an easy analogy: Dallas traded Patric Hornqvist to get Cody Franson. They got a nice third-pairing defenseman with power-play skills at the expense of a first/second line scoring-winger. Don't you wish we could make that trade?

The Predators' situation looks a little bleak right now, but the Stars are worse. Like Nashville, Dallas has leaned heavily on its goaltender to stay in contention. Unlike Nashville, Dallas' goalie is Kari Lehtonen. I like Lehtonen, but he's no Pekka Rinne. And as much as Marcel Goc and Cal O'Reilly could help out, they're not even the two best centers on the team. Losing players like Brad Richards and James Neal hurts much more. Besides, I hear the Preds have a pretty talented young center, ready to fill the void today...

Keys to the game for Nashville