Share All sharing options for: Nashville Predators @ Vancouver Canucks Preview : All In 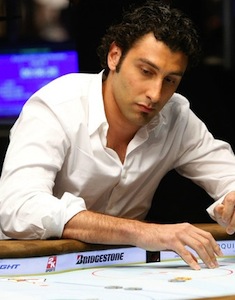 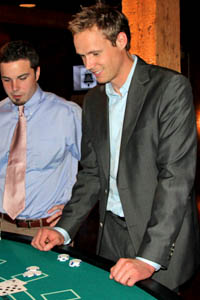 9:00 PM CST | FSN-TV (HD) | 102.9 FM | Online Radio Stream
I don't really believe in "streaky" teams. People see the losing streaks, followed by winning streaks, followed by losing streaks, and suppose something about the Predators makes them uniquely susceptible to running hot and cold. "Streakiness" in sports, like many popularly ascribed attributes, is often narrative imposed on coincidence.
Fans bemoaned the Predators lack of consistency earlier this season, but consistency for consistency's sake is no goal. R.A. Dickey told me "what everybody wants at any level of professional athletics is to be consistently good." Short of that, though, I'll settle for good, because right now the Predators are seeing the other side of consistency--consistently out-chanced, consistently out-worked, consistently beat.
And let's face it--if this team hopes to make any type of run in the playoffs, a hot streak will be involved. I can envision a scenario in which the Predators make the playoffs and advance a few rounds, but it involves Pekka Rinne channeling his inner-Hasek and pitching shutouts with Roy Halladay-like frequency.
There's nothing consistent or sensical about losing to the NHL's worst team one night and beating its best right after. But the Predators can and need to do it. If there's going to be another good streak, please let it start now.

Keys to the Game for Nashville