Share All sharing options for: David Legwand's penalty cancels Nashville goal - was it the right call?

With the Nashville Predators down 2-0 in the first period tonight in Anaheim, one of the critical turning points came when an apparent power play goal for the Preds was not only waved off by the officials, but David Legwand went into the box for goaltender interference, negating the power play and neutralizing any momentum the Predators were trying to get going.

But was it the right call? Follow after the jump to find out...

As the puck is coming in, Legwand is crossing through the crease in an attempt to direct the puck in. His stick, however, catches the back of Ray Emery's skate... 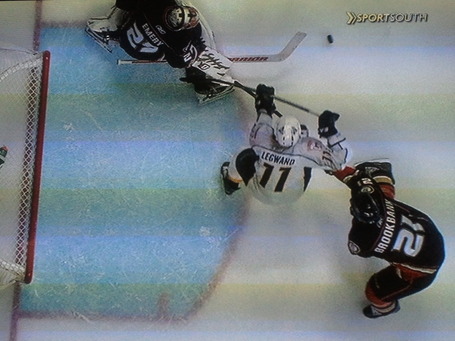 As the puck continues coming in, Legwand's stick pushes Emery's skate out of the way. 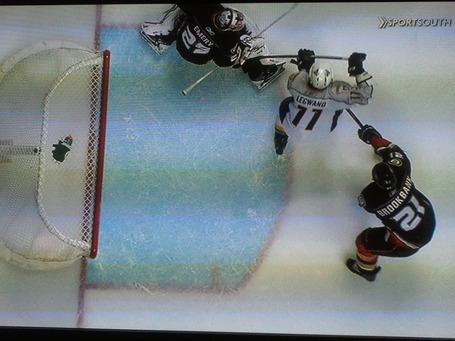 Emery's leg is now completely alongside him, rather than stretched back towards the middle of the crease in Shot #1. 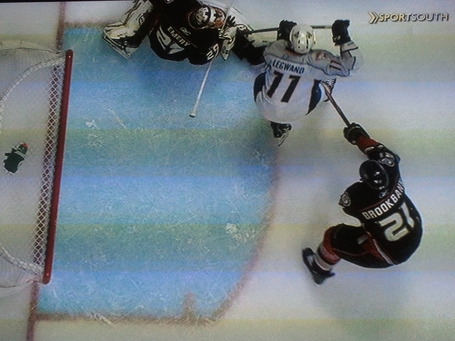 The puck finally passes by both Emery and Legwand (you can see it right below the butt end of Leggy's stick), but well after Legwand's stick had moved Emery's leg out of the way. From there, the puck cruises into the goal. 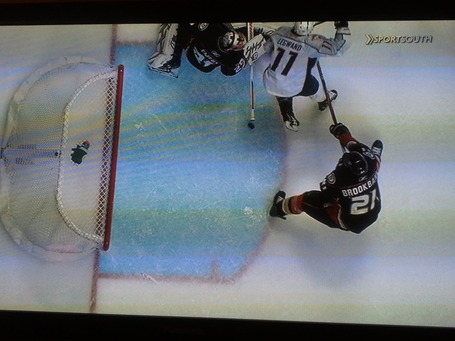 So what say you, Preds fans?