The Predators officially debuted the new away jerseys yesterday and today at the 2011 NHL Draft. They're pretty much on par with what we had released the other day, with just a few minor changes. The only real difference that I can spot is that "Nashville" is no longer on the front of the neck. Follow after the jump for pictures courtesy of Kevin Wilson on twitter. 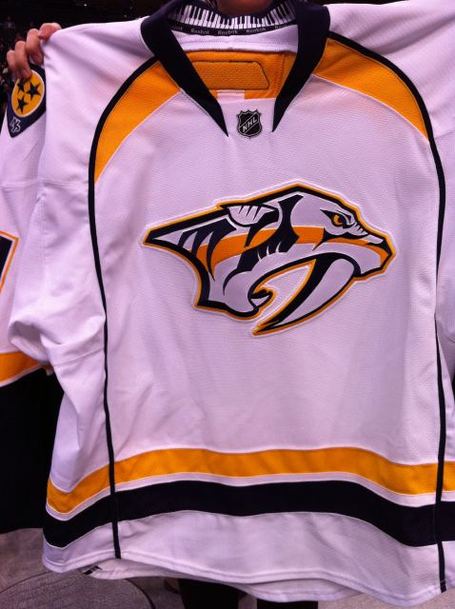 This view of the front looks exactly like the ones we released, just without "Nashville" on the upper left collar. 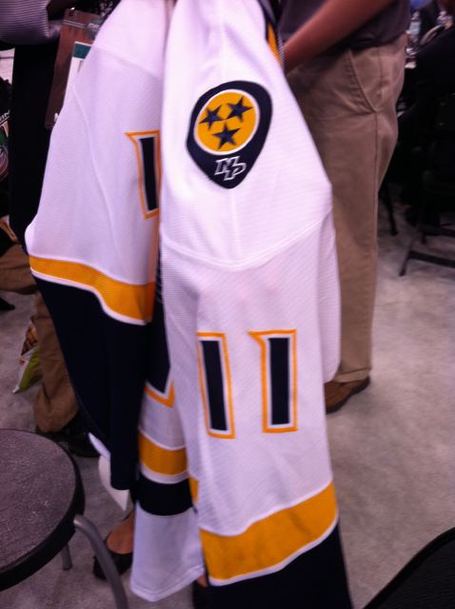 Here we see a closer look at the guitar pick/Tennessee flag shoulder pad as well as the shoulder number. 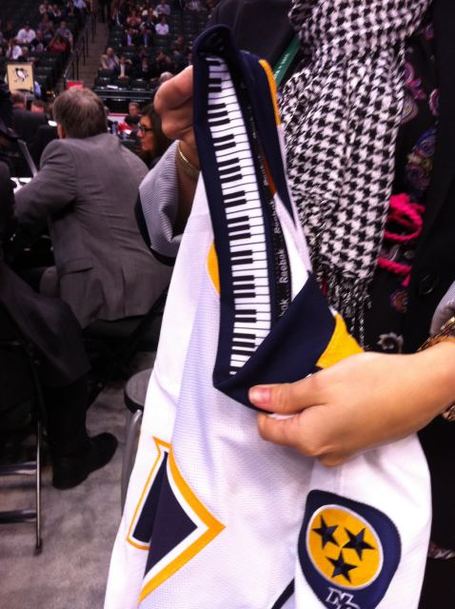 And here's the inside of the keyboard collar. Personally, this is my favorite addition to the sweaters. 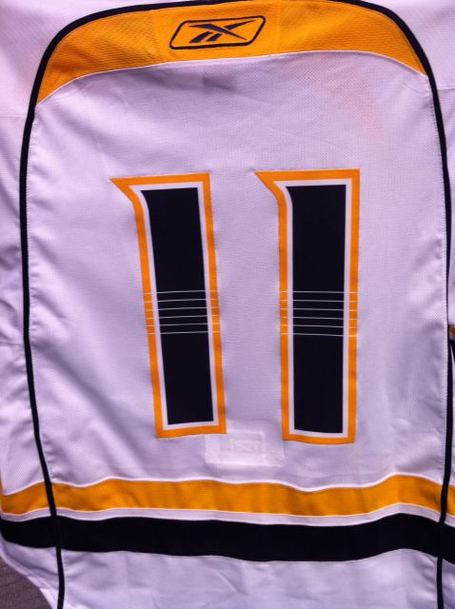 And, finally, the back with the guitar string stripes through the numbers. My only concern here is how the strings will look through a curved number like an 8 or 2.

I'm really diggin' the new threads and I think they'll look great on the ice. Again, the one thing we need to keep in mind is that the gold shown in these pictures isn't what the true color will look like, since these appear to be cell phone camera quality. Nevertheless, you get a general idea of the away jerseys. The home jerseys will be officially released at the Skate of the Union, but will probably be pretty close to what we had on Thursday.