There was a lot of buzz today at Development Camp over the qualifying offer situation from yesterday, and then David Poile's subsequent comments on that and other matters, but there was also a noticeable buzz on the ice, as the Predators continued their development camp today for day 3 of workouts.

Thoughts on today's action, as well as more pictures and video from the day at Centennial Sportsplex after the jump.

Here's some video of a pretty cool drill the team ran at the end of the day. A little 4-on-4 with significantly less space between nets. Josi scores the lone goal at :26. Also makes me appreciate NHL cameramen a little bit more...

Future #2 pairing? Behind Weber and Suter, of course: 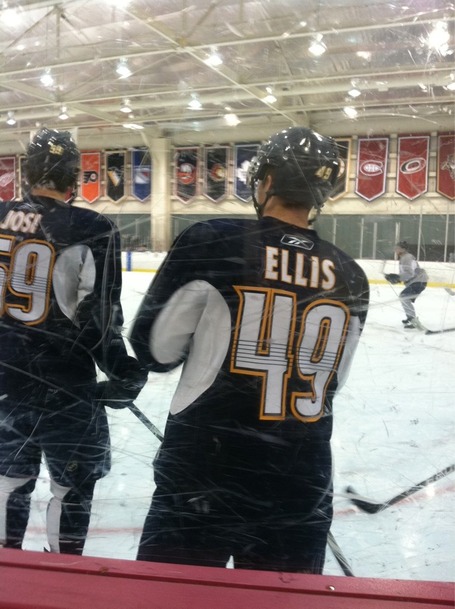 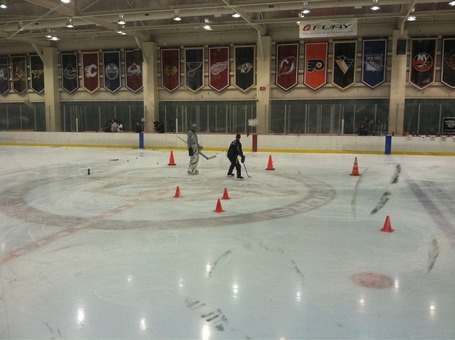