We pretty much knew what to expect with the jersey unveiling at tonight's Skate Of The Union, but here is your first look at the official home sweaters, pants, socks, and helmets of the 2011-2012 Nashville Predators.

Pictures after the jump... 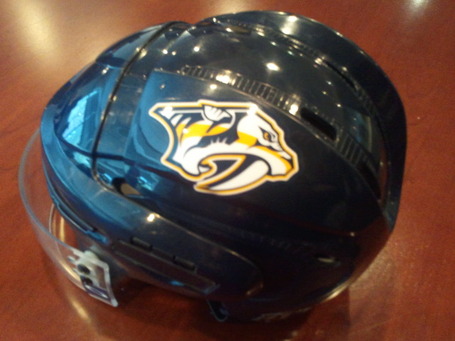 The team's going with navy helmets this year, updated with the new logo. 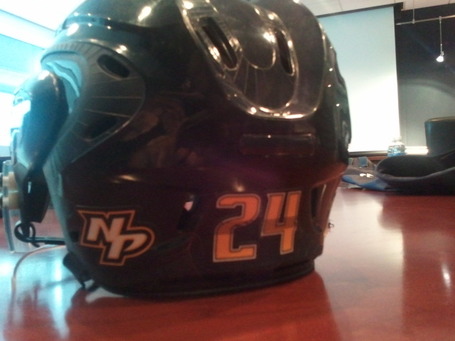 View from the back of the helmet with the jersey number (complete with guitar strings) and the new "NP" logo. 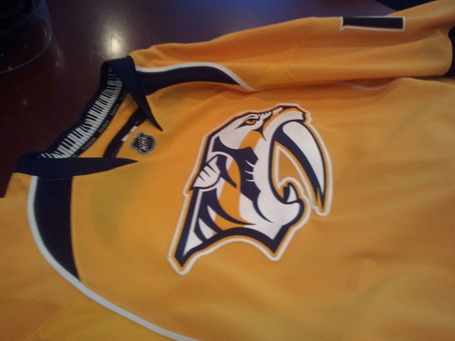 Here's a great view of the front of the jersey with the new logo and the piano keys under the collar. The only difference from our "leaked" photos appears to be the absence of the "Nashville" graphic across the left shoulder. 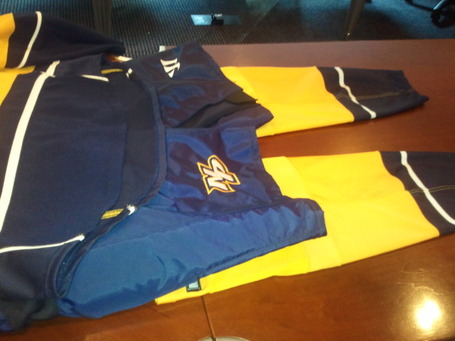 Our first ever view of the pants and socks. The pants will be navy with the new "NP" logo on them, and the socks gold, navy, and white. 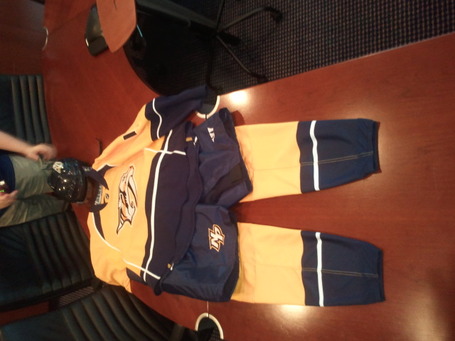 A view of them all put together. 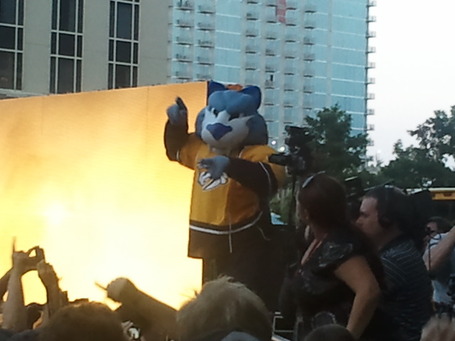 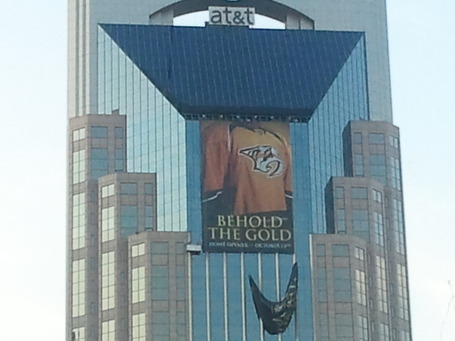 And, finally, a view of the jersey as it is being unveiled at the "Batman Building"

I said it initially, and I'll say it again: I love the new look. This is a new era in Predators hockey, and changing up the jerseys a little bit is a perfect way to acknowledge that.

It appears from these pictures that the gold won't be too overbearing, especially with the navy at the bottom of the shirt and the navy pants. And you must remember, these were taken with a cell phone camera, so the gold you see in the pictures is not the exact gold that will be on the jerseys. If you want an idea of the exact color, go find your "Stand With Us" t-shirts and towels from the playoffs and hold them up to the screen.

And a couple of notes, from the Preds:

So, what do you think? 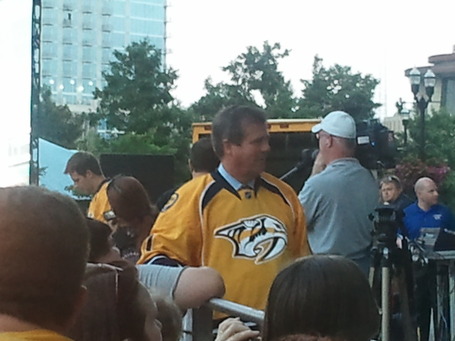 Blake Geoffrion has been tweeting a few pictures, as well: 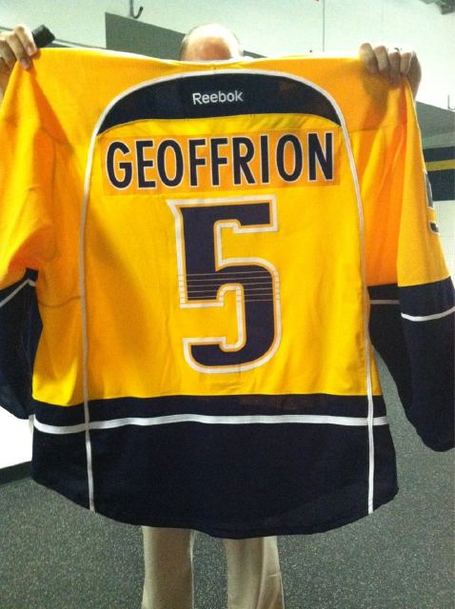 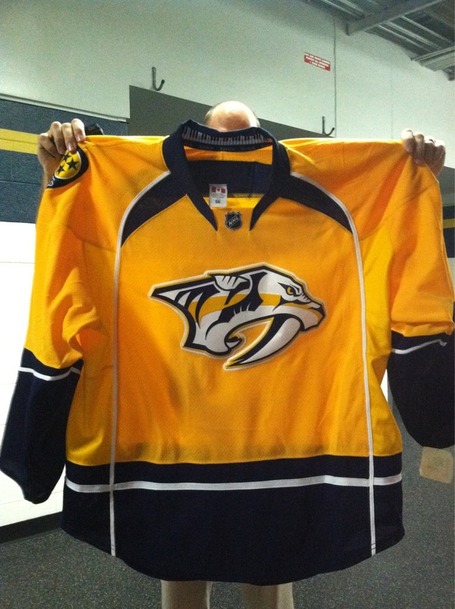 Lastly, here's a hi-res picture from the Preds: 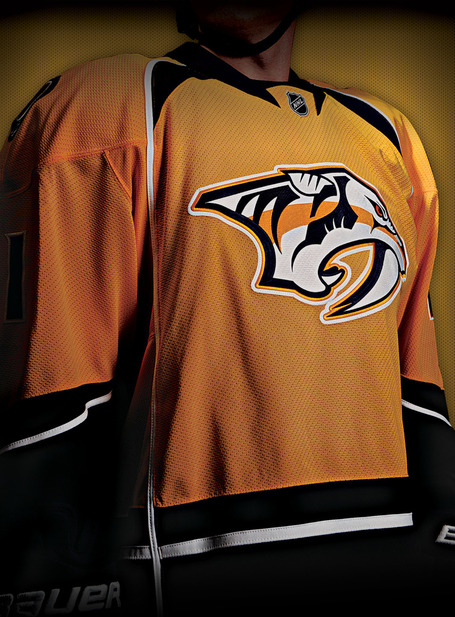