The final pick of the 2011 Nashville Predators draft class, Brent Andrews is regarded to be one of the top defensive centers in the QMJHL where he plays with the Halifax Mooseheads. A frequent Team Canada participant, Andrews played in the World Under-18 Championships in Germany last winter in the midst of his junior season with the Mooseheads. After scoring 16 points (7 goals, 9 assists) in 64 games as a 16 year old in Halifax, Andrews improved his offensive output last season scoring 29 points (12g, 17a) in 68 games as a 17 year old. While he has established himself defensively thus far in his junior career, he will be looked upon to take a bigger offensive role for the Mooseheads.

Andrews is a power forward that can play both the center and wing positions. Known for his strong defensive play and faceoff abilities, Andrews has a good shot and is a smooth skater.

B.A. - it matches his initials, and if he brings half the attitude of B.A. Baracus from the A-Team, the Preds will count themselves lucky: 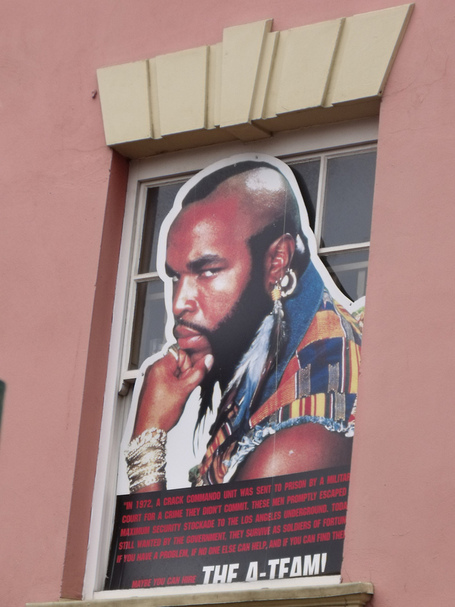 This is from January 2010, but provides a nice overview of Andrews' characteristics:

For a fresh-faced kid like this, Rookie Camp is an opportunity to rub shoulders with guys who are a step or two ahead of him on the development path to the pros. He still needs time to develop, and a larger role with the Mooseheads is the perfect fit for him right now.