Watson persevered through a rough start in Peterborough, growing stronger as time went on, as the Peterborough Examiner reported late in the season:

After being returned to the Petes by Nashville, Watson, like his team, struggled out of the gate with 10 goals in his first 30 games. He's had 21 in his next 30 and 12 in his last 12 games.

He's returned to being a dominant factor who scores, creates havoc on the forecheck and blocks shots on the penalty kill.

Watson says he was caught up last summer in the whirlwind of being drafted, attending the U.S. national junior camp, his first NHL training camp, the disappointment of being cut by Nashville and returning to a struggling team.

"I couldn't really get my head around all of it," Watson said, as the Petes prepared to face the Brampton Battalion 7 p.m. Thursday at the Memorial Centre. "We didn't start off too well as a team, either, and I think I let that frustrate me. I think over the last couple of months I've begun to mature, I'd say, as a player."

Instead of focusing on the losses, Watson says the coaches, in particular Jody Hull, helped him embrace the challenge of trying to pick himself and his team up through adversity.

"Having a better outlook and attitude on that has definitely helped," Watson said. "I had a lot of talks with the coaches here and Nashville's player development people and scouts. Having guys around like Jody to lean on and ask questions, they've been through it all. They know what goes on through the good times and the bad."

With the Petes, he's relied upon to be a key forward, leading the way both in scoring and in matchups against top opponents. That was a major step up from his previous spot with the star-studded Windsor Spitfires, and it's only natural to have expected something of an adjustment period. The good news is that he appeared to be heading in the right direction, and will hopefully be better prepared for the upcoming campaign. 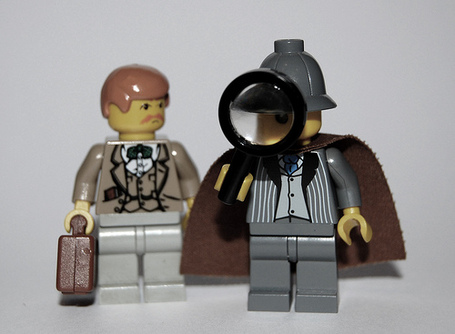 "Dr. Watson" - the question is, can the Preds find him a linemate like Sherlock Holmes?

Just like Ryan Ellis last season, Watson's January birthday misses the cutoff for AHL eligibility by just a couple weeks, so it's back to junior hockey this season no matter what happens this month. That said, he's in the mix for Team USA's entry at the World Junior Championships this December, and will want to showcase himself for a major role on that team.

Expect us to keep a close eye on Watson's year in Peterborough, as we hope to see him lead the way there with a productive two-way game.