With EA Sports NHL 12 set to hit shelves next Wednesday, Operation Sports has released team ratings and players ratings for the NHL teams in the game. And just so you don't have to sit through and watch the videos, we've got a complete list of where the Nashville Predators stack up in NHL '12!

The Predators are listed as 81 on offense, 87 on defense, and 93 at goalie. OS also provided us a sneak peak at what the new jerseys would look like in the game: 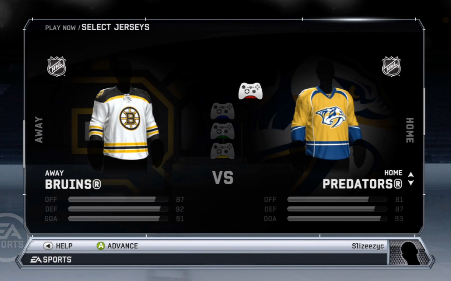 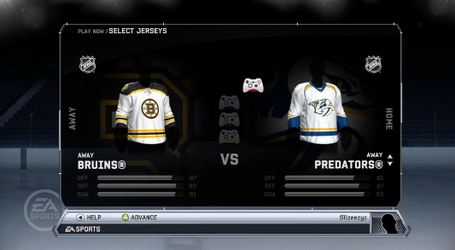 Here's a complete list of ratings for the Nashville Predators (overall and potential were the only attributes listed):

EA Sports was generous with the Preds forwards, listing only three below an 80 rating. I think they're just about right except for Geoffrion who could be a little bit higher. The goalies weren't listed, but as noted above, the team's goalie rating was a 93, so I don't think Rinne will be too shabby.

What do you think? Was anybody rated too high? Too low? Just right?