OTF signs two enforcers to beef up for playoff action

Share All sharing options for: OTF signs two enforcers to beef up for playoff action

As we've seen in many of the series currently underway, the Stanley Cup playoffs bring an added element of intensity and competitiveness to what is already the fastest contact sport around. That energy can translate to the online community as well, and since we've recently blown through the 3,000 registered members milestone, it's time to allocate some resources to crowd control.

So in order to ensure that the peace is kept, we've added a pair of Moderators Enforcers to the staff here at OTF, besides Sam, Marc, Chris and myself who already wield such powers.

Their mission? To help maintain the Community Standards in place here on the site, Warn folks when they may need a gentle nudge in the right direction, or Ban those who stir up trouble.

Just follow after the jump to meet the new members of our crew...

3DLink: Don't let the mild-mannered avatar fool you, Link's a contributor at Up The Pucks, a hockey-meets-punk-rock site, and has been a member here at OTF for over two years. His most recent contribution here? An update to Darth Predobear... 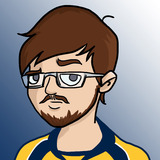 davisca: Caroline's been one of the most active members of the OTF community this season, and has recently taken to posting detailed breakdowns of goals for & against over at Predlines. You may think she's here to add a feminine sensibility to the place, but I have no doubt that she can handle herself once the gloves hit the ice. 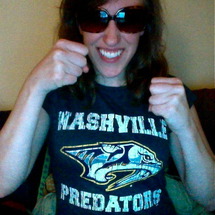