Nashville Predators To Meet Phoenix Coyotes In 2nd Round

Share All sharing options for: Nashville Predators To Meet Phoenix Coyotes In 2nd Round

The Balsillie Bowl is on.

By defeating the Blackhawks tonight in Chicago, the Phoenix Coyotes have set up a matchup with the Nashville Predators in the Western Conference Semifinals. As Pacific Division champions, the Coyotes hold the #3 seed and will have home-ice advantage over Nashville, so Games 1, 2, 5 & 7 would be in Phoenix, with Games 3, 4 & 6 at Bridgestone Arena.

After the jump, let's take our initial look at this series...

The Preds went 2-2 against Phoenix during the regular season, and to refresh your memory, here are those game recaps:

Coyotes 5, Predators 2: Nashville stumbles in home debut
Browse through the stats box on this one, about half the Preds that night are no longer with the team.

The Coyotes have put aside off-ice concerns to put together another strong season under head coach Dave Tippett, this time perhaps being his most remarkably work in the desert. It was expected that after losing Ilya Bryzgalov to Philadelphia via free agency, the team had lost their most vital component, and would tumble out of the Western Conference playoff picture.

Instead, they simply plucked a wayward goalie off the Island of Misfit Toys, and got a standout performance from him:

We'll have lots more on this matchup in the days ahead, but in the meantime, pay a visit to our SB Nation brethren over at... 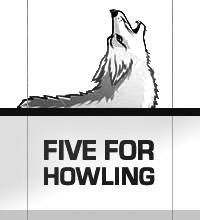