The Detroit Red Wings were fined "an undisclosed amount" by the NHL today (story at TSN), following a candid interview which senior vice president Jimmy Devellano gave to IslandSportsNews.net, in which he compared NHL owners to ranchers and the players to cattle, along with other statements which violated the league's policy for team executives and owners to keep their yaps shut regarding the CBA negotiations:

"The owners can basically be viewed as the Ranch, and the players, and me included, are the cattle. The owners own the Ranch and allow the players to eat there. That's the way its always been and that the way it will be forever. And the owners simply aren't going to let a union push them around. It's not going to happen."

While many assume that this was just an instance of a longtime executive flying off the handle, the actual truth may be far more grave. Devellano's real crime was to reveal the mindset that really does guide how the NHL operates.

Follow after the jump for a look at the key players in the world of hockey, and how they go about their "ranching" business... 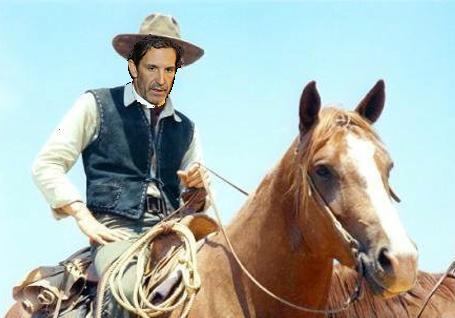 This old cowpoke keeps the herd in line, applying his cattle prod of supplementary discipline when a steer gets out of hand. Unfortunately, that durned Raffi Torres doesn't seem to respond to even the high-power shocks... 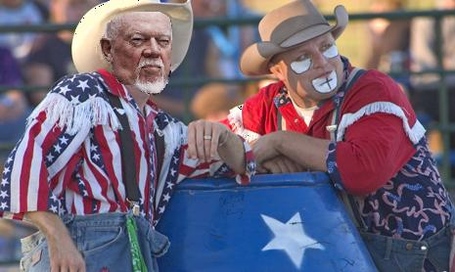 A walking Technicolor explosion, he distracts and entertains the livestock with his antics. Here, he's spotted in a moment of pro-American posing. 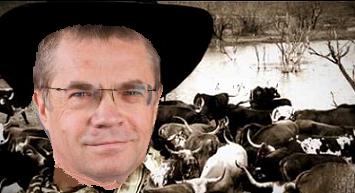 The NHL ranchers are always on the lookout for this black-hatted villain, who occasionally spirits away a few of the herd to his KHL hacienda. 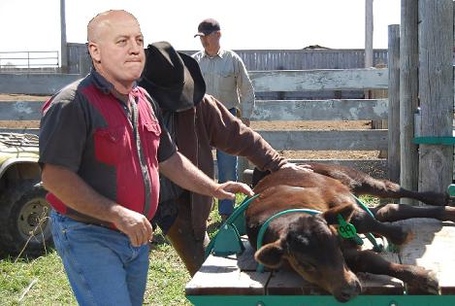 Sure, he seems amiable enough, but while he's patting you on the back with one hand, the other is applying something somewhere... then a couple weeks later, the family jewels have fallen off and suddenly you really aren't pushing so hard for those final few percentage points of HRR. 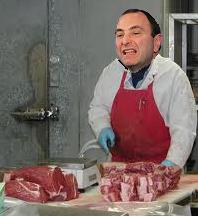 It's grizzly work, but he's the man for the job.