Geography dictates that Western Conference teams generally travel much farther than those in the East, but thanks to a 48-game schedule that is limited to intra-conference games, the disparity between East & West has never been greater.

This year's title for Most Traveled NHL Team will go to the Minnesota Wild, who will log almost three times as many miles as the New Jersey Devils (in a typical season, that spread is more like 2-to-1).

This is the fifth season for which I've taken the newly released NHL schedule and traced the path of each team on its journey, summing up the miles as the crow flies from one arena to the next. Thankfully, this year's edition was a little easier to produce, as I didn't have to worry about inserting a trip home for the All-Star break.

You can click on the column headings, and the table will re-sort on that value.

By extending the regular season into late April, the league has avoided having to condense the schedule too much, as we see in the number of "Back to Back Sets", the number of times a team has to play a game on consecutive nights. Over the last several seasons, teams that are playing on the second-half of a back-to-back set have a winning percentage about 5% lower than otherwise. 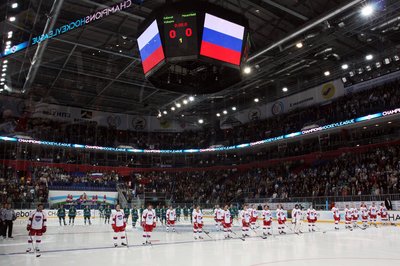 On average, each team will play 8.6 such sets, as opposed to 13.4 under the original 82-game schedule.

So which teams "got screwed" by the NHL, and which have it easy? As you can expect, the Winnipeg Jets travel the most in the Eastern Conference, but considering the geography, the difference could have been much worse. The secret is that the Jets have only two one-game trips during the season, so when they go out on the road, they knock out several games at a time, rather than zip back & forth to Manitoba.

I'd be interested to get your take on the schedule in the comments below, and for more details, I've posted a Google Doc that is available for download.

To browse through previous editions of the NHL Super Schedule, just check out our archive, which dates back to the 2009-2010 season.

UPDATE: OTF reader "J" sent me this file, which takes my Google Doc and includes a couple extra columns:

First, an "overall game" number for each game (by time, then alphabetical by visiting nickname). Second, this year (unlike most), the rules for tiebreaking where teams have met an odd number of times actually come into play. The last column flags games that, under this rule, do not count for head-to-head purposes.

You can download that Excel file via this link.