Last week, the OTF crew made their picks for the 2013-14 NHL season, and we asked our readers to do the same. It's time to take a look at what the Wisdom of Crowds has to say about the chase for the 2014 Stanley Cup!

In all, we had 49 users fill out the Google Form making their predictions for divisional and major trophy winners, which team will win the Stanley Cup this spring, and one of the big questions facing the Nashville Predators - whether they will return to the playoffs.

Let's dive in and look at the results! 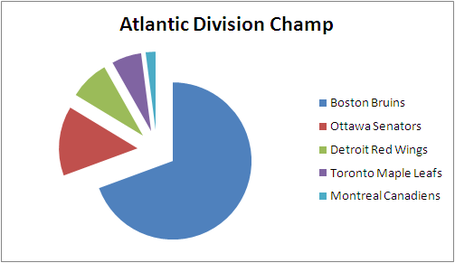 Over in the Atlantic Division, the Boston Bruins are the heavy favorite, followed by the upstart Ottawa Senators. What, no love for the Red Wings? 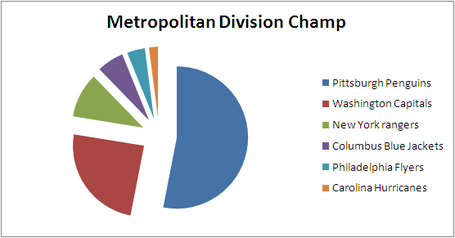 The Pittsburgh Penguins are the darlings of the Metropolitan Division (I still can't believe they called it that), although the Washington Capitals get no small amount of support. Mikhail Grabovski fans, I imagine? 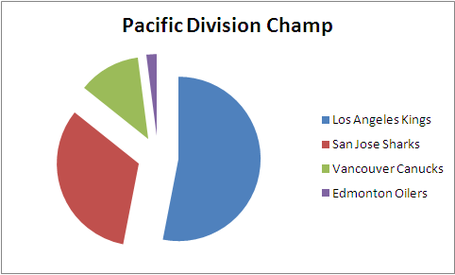 The Kings are projected to rule the Pacific, but Sharks are lurking in the water... (boy did I stretch that metaphor) 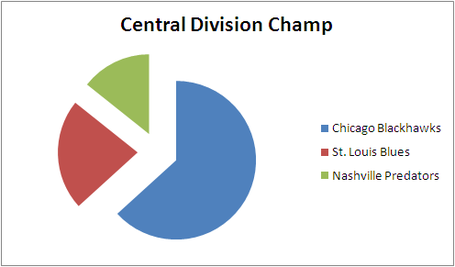 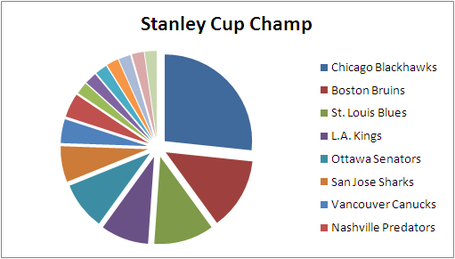 The Blackhawks received 12 of 45 votes cast, with the Bruins at six, St. Louis at five and the Kings & Senators trailing them with four each. While there hasn't been a repeat Stanley Cup champion since the 1998 Detroit Red Wings, Chicago seems well-positioned to give it a shot. Yup, there were two Predators die-hards, too. 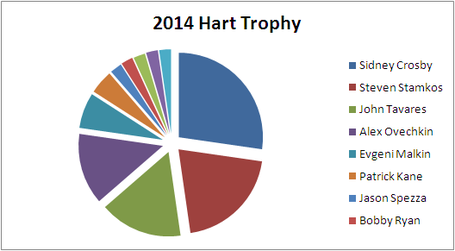 Sidney Crosby leads the way with 12 MVP votes, ahead of a healthy pack of contenders. 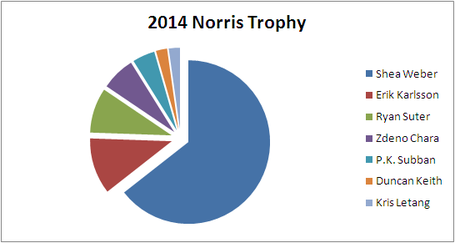 There's no surprise here, as the hometown hero took 29 of 45 picks for the award as best all-around defenseman. 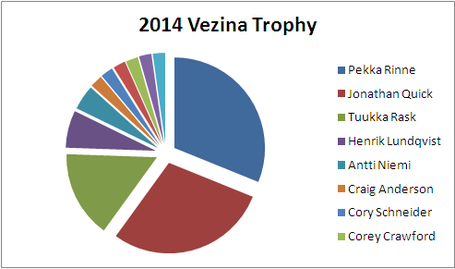 Predators fans also think Pekka Rinne has the inside track to capture his first Vezina Trophy as the NHL's top goaltender, but only narrowly so, beating out L.A. Kings' goalie Jonathan Quick by one vote. Boston's Tuukka Rask and the Rangers' Henrik Lundqvist are also in the running. 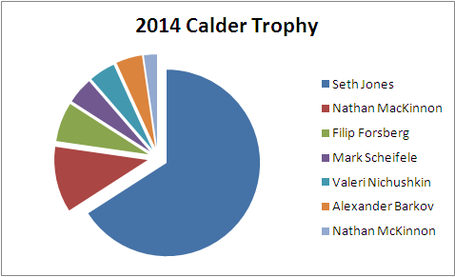 Do you sense a theme here? #4 in the NHL Draft is #1 in Smashville's heart, with Seth Jones expected to capture honors as the league's most outstanding rookie. After the #1 overall pick Nathan MacKinnon, Jones' top competition comes from his teammate Filip Forsberg. 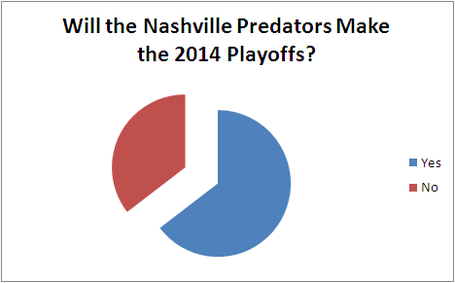 And lastly, by nearly a 2-to-1 margin (31 votes to 17), Predators fans anticipate a return to the playoffs this spring. I guess I'm always the one out in the cold, aren't I?