A Tale of Two Teams: As the Season Gets Older, Predators Struggling to Find Their Way

The Nashville Predators are the definition of a mediocre team, offsetting soaring victories with deflating losses. Now that a quarter of the season has been played, which trend is likely to continue?

Share All sharing options for: A Tale of Two Teams: As the Season Gets Older, Predators Struggling to Find Their Way

20 games into the season, the Nashville Predators have raised more questions than they've answered. With a .500 record, last in the Central, the team is so hot and cold that it is hard to really gauge whether they will be competitive, terrible, or just boring. They have been all three so far.

Inconsistency has been the theme so far this season. Much of that has shaken out through the course of the last two months, while some issues were going to be a problem from the start. So what have been the biggest problems, and what is going right?

Pekka Rinne's season started off average as far as wins and losses (4-4-1) but his numbers were good. His .917 SV% and a 2.31 GAA were almost identical to his career numbers, which boded well for success. Then disaster struck. With Rinne sidelined for an undetermined amount of time, Carter "two NHL stars to his name" Hutton was given the crease.

Which Team is Screwed Most? The Titans Without Jake Locker, or the Predators Without Pekka Rinne? 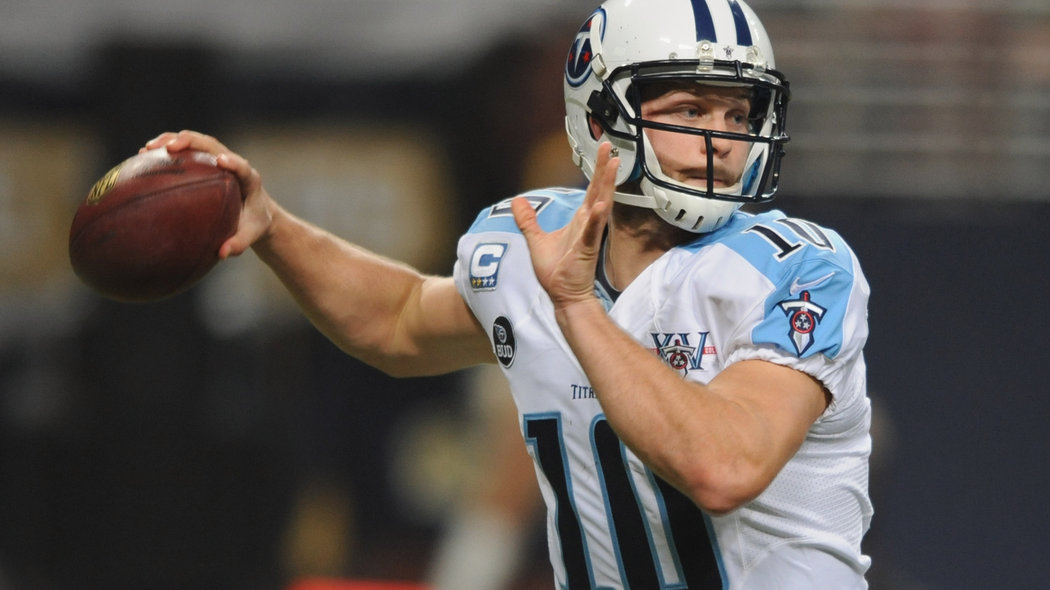 Each of Nashville's major league pro sports teams is battling without their single-most important player these days. Which team has it worse?

Since taking over for Rinne on Oct. 24 against the Winnipeg Jets he is 3-3-1 with some pretty sub-par numbers. Of the 62 shots he's faced in his last three starts, 12 have found the back of the net. The last win he picked up in Colorado was only because his team lapsed into a berserker rage and scored six goals. (More on this below.)

However, it's unfair to lay the blame completely on Hutton. There were questions on whether he'd be a suitable backup through the season, let alone whether he'd be able to shoulder the load of a starter. As a 27-year-old rookie who only played one NHL game prior to this season, he shouldn't have been put in a position to replace Pekka freakin' Rinne. That's on the organization.

It seems that Marek Mazanec's time has come, for now. While the young Czech is also wet behind the ears, he has at least looked calmer between the pipes and inspires a bit more confidence than Hutts. Until Rinne is well enough to play, this is the biggest question mark on the team. Not a single person can predict how Hutton, Mazanec, or possibly Hellberg will play, or if any help outside the organization is going to come.

Nothing has been more two-faced this year than the Predators offense. After scoring six goals against the (then) red-hot Avalanche, Nashville only scored two in their next four games. Then, as if whoever was pinching the garden hose let it go, the Preds exploded for seven goals on Saturday. In the 20 games, they have scored 4 goals or more five times, while also scoring one goals or less nine times.

Currently, Nashville is 24th in the league, scoring 2.30 goals a game. That isn't too much of a surprise, considering the mantra we are all tired of hearing now. What is a surprise, is the usually steadfast defense is allowing 3.05 goals a game.

This goes back to the sub-par goalie carousel, but the fact is a good team will make up for the adversity they are faced with. Nashville has never needed to score three or four goals a night to win hockey games, but they are finding themselves in that situation now.  The team will have to find a way to dent the twine more often and consistently just to keep their heads above water. We know they can do it, but the $8.7 million question is how do they keep it up?

With that in mind, Patric Hornqvist is proving to be the team's MVP this year, with David Legwand not too far behind. Hornqvist has been the most consistent offensive force, even showing up in the games that the rest of the Nashville team has checked out of. Legwand is trying to prove to the Nashville brass that his time in Music City isn't done just yet, and currently leads the team in assists and overall points.

Not to be forgotten is the resurgent Craig Smith, who has taken his game to the level fans have been screaming for the past couple of seasons. He's skating with confidence, assaulting the net with pucks, (2nd on the team in shots on goal with 56) and it's paying off for him. I said at the beginning of the year that fans should be pleased with a 35-point outing from him this year. Currently, he's on pace for 45.

The quartet of summer signings hasn't been awful this year, but they also haven't been spectacular. Viktor Stalberg, who started the season in the injured list, is now finding his wheels after a very slow start. It seems many people thought he was going to be "the guy" on this team, which was wrong from the start. He has tons of offensive potential, but he will never be a dynamic scorer on any team. Could he hit 20 goals? Sure, but don't bet on anything north of that.

As far as the others go, Cullen started rough but has looked great centering a line with Craig Smith. Nystrom has brought a great game with him, and is a perfect 4th line solider. Matt Hendricks is Matt Hendricks, and is getting way too much money to be Matt Hendricks, as much as I love him.

Of the two potential gems that Nashville has in its lineup, let's look at Jones first. He has both looked like a budding elite defenseman, and a raw kid in his first NHL action. The good news is, he is impressing more often than not. Even though you've seen it 1,000 times, take another look at this incredible game-winning goal from a Saturday night in Montreal:

Consider he was getting more ice time than Shea Weber before he was dropped to the third pairing. Also, Phil Housley's influence on the youngster cannot be understated. He is communicating and Jones is listening, often fixing mistakes in the middle of the game.

However, he has been burned a time or two, but the worst came against Patrick Kane on Saturday. Welcome to the NHL, kid.

Filip Forsberg, on the other hand has had a rough season, through no fault of his own. He's been paired with uncomplimentary teammates, scratched, sent down to the AHL, and is now injured again. Through the 11 games he's played, Forsberg has one goal and four assists, along with 20 shots on net, but only one of those points came at even strength.

Predators fans also had Stalberg Syndrome when it came to Forsberg this year, counting on him to be a talented second line player and save the team from mediocre scoring. It's delusional to think a 19-year-old still getting used to North American hockey is going to automatically produce. He needs time, he needs to play better, but he also needs the opportunity to do so. I'd like to see him on a line with Smith and Cullen for more than a handful of games. The excellent play both of those players (especially Smith) may rub off on the young Swede and get his scoring and confidence up. If it can't, well, maybe Washington was onto something...

Like I said from the outset, way more questions than answers at this point. Earlier in the season, we joked about Pekka Rinne being the difference between Nashville being a playoff team or a lottery team. It's sad to think that's actually the case.

It seems without his play, the Predators are doomed to be just a mediocre club. Over the next 20 games, Nashville plays 13 games against teams in the playoff picture as of the standings from Sunday. Before the next quarter of the season is complete, we may well know whether any of us are growing beards in April...