The young and depleted Nashville defense corps of the will have their work cut out for them against the Sedin twins and the rest of the Vancouver Canucks.

Considering the injuries to the blue line, it's pretty amazing to think that the Nashville Predators were one abysmal set of power plays away from winning Saturday's game against the Flyers. However, the Vancouver Canucks have a set of creepy looking twins that will really test the mettle of young defensemen. Seth Jones and Roman Josi should be set to be the top pair again tonight. They both played a solid game and both logged over 30 minutes last time out.

The Canucks lost mightily to the New York Rangers on Saturday, but were able to hang on and beat the Carolina Hurricanes, 3-2, on Sunday. There were many people in the hockey world that were calling for a regression of this former juggernaut of a team. So far they've been right, as moving from the cushy Northeast to the über competitive Pacific has helped their downward slide. Currently, the Canucks sit ninth in the Western Conference, and are behind the Coyotes for the final wild card spot.

Of course, it's not like they ice a terrible roster or anything. As usual, the Sedin twins lead the way with 28 (Henrik) and 25 (Daniel) points. Whether they have some weird, twin telepathy thing going on hasn't been proven yet. But it also hasn't been disproven... Annoyingly good Team USA candidate Ryan Kesler paces the club with 12 goals. In net, Roberto Luongo is having decent success now that Corey Schneider is in New Jersey. Backup Eddie Lack relieved him in New York, then started in Carolina, so expect the veteran goalie to get the nod tonight.

The biggest place Shea Weber was missed last game was the power play. Nashville couldn't get anything going, and were even outshot by the Flyers. Even though he won't play tonight, Weber is listed as day-to-day, which is good if you consider that type of injury could have kept him out a lot longer. Remember Marc Staal? Unfortunately, Kevin Klein isn't going to be back quite as fast. It's looking like it will be at least two weeks for #8.

Possibly the best news that came the Predators way on Saturday was the return of Patric Hornqvist to the lineup. After missing the last three games with an upper-body injury, the winger skated a full 22:44 and assisted on Mike Fisher's answering goal late in the first. I, for one, welcome our new Swedish overlord. 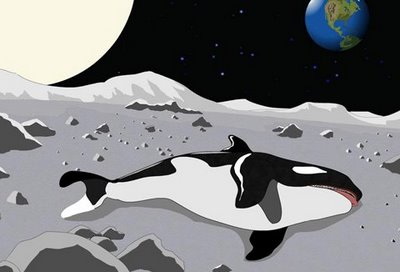