The price of tickets keep going up... and the fans are scooping them up like never before. - Justin K. Aller

This is an outstanding FanPost, so I've promoted it to the front page - Dirk

There was a lot of talk right before, and during, the lockout regarding the Owners seemingly crazy decision to lock the players out again. AGAIN!! There was a lot of vitriol thrown Gary Bettman's direction, and from a fans point of view, you could definitely argue that it was well deserved. Well I was never really firmly in the players camp in all of the back and forth. I understood that the owners were trying to control one of their greatest fixed costs. I didn't necessarily agree with the way they were going about it, but I understood their thought process. I also understood fans and players feeling that the owners were being greedy. The reason that they are able to be owners is that they are greedy in some form or fashion. I understood the players pushing for as much as they could get and drawing a line in the sand when they hired Fehr. I got both sides. What I didn't get was the prevailing thought that either of the sides were in the least bit concerned with us the fan.

Well Boys and Girls the articles I am about to link you to will start to paint a really vivid picture as to why fan anger is the last of the owners worries. I will make the argument that when it comes to the choice to have a lockout or not we are not a real deciding factor. Oh they will pay lip service to us. Tell us they feel for us, but the reality is they know they have us. Don't Believe me? Let's take a look.

There were a lot of fans that said they were done. They were not going to renew tickets, they were not going. This was enough. Should the owners be worried? that was the thought at the time. The thing was they saw the books. They new people weren't canceling tickets. At this point why would the owners worry about us coming back to games. Even in a historically soft market like Nashville, we are coming back, and coming back in full force. The Predators have sold out each of their home games this season. Take a look at this link to the NHL attendance figures.

After listening to the talk all during the lockout you would think that attendance would be a real issue. Not so. Here is an article from Kevin Allen way back on the 21st of January.

Here are the opening day attendance numbers as compared to that teams numbers last year.

Sure doesn't look like we are holding them accountable for the lockout at the gate. Maybe the next topic is where they are feeling the hurt.

* NBC's coverage of Penguins-Flyers and Blackhawks-Kings on Saturday -- with drew the highest overnight rating since 2000 - drew the highest viewership for a non-Winter Classic regular season NHL telecast since 1999. 2.77 million viewers tuned in, the most for NHL coverage since Apr. 18, 1999, when Fox broadcast the final game of some fellow named Gretzky. Coverage peaked just after 6 p.m. ET, with 3.8 million viewers checking out the last minutes of the Penguins victory.

Pretty Impressive. When you have your highest ratings for a true regular season game in over 12 years it sure doesn't seem like you have lost fans. Now you could say that those teams are in pretty big markets so they will have good numbers. Maybe. Maybe, but I would counter that those teams have been on NBC constantly for the past several years and have not put up those numbers.

Here is another article form the Sporting News pointing out the huge gains made on opening weekend. Not only are the national games drawing high numbers, but the local games may be drawing even more impressive numbers.

FS North also set a new high for the Wild. Saturday’s season opener against the Avalanche, marking the team debut of LW Zach Parise and D Ryan Suter, earned a 7.7 local rating in Minneapolis-St. Paul, beating the previous record of a 4.6 set for Wild-Jets on December 13, 2011. The Wild’s second game on Sunday against the Stars also now ranks second with a 5.4 local rating.

SO now we have a pretty clear picture that people are going to games in pretty impressive numbers. We also see that the television ratings are above, or near, record highs. Now lets take a look at a really interesting phenomenon. 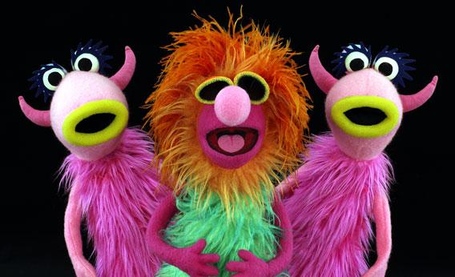 Sorry couldn't resist. Now back to the point at hand.

I saw an ESPN article on this topic that was what really caused me to delve into all of this. Well it was really a fancostexperience.com article that ESPN kind of linked to. Now if you were an owner of a NHL team, and you were worried about fan apathy towards your team/sport, would you raise or lower ticket prices? Here is a hint. In 2005, after the last work stoppage, ticket prices went down over 7% on average. Well take a look at the link below. I will highlight a few things that stood out to me.

Now lets take a look at the Predators numbers from the Fan cost index for this year. The link to the PDF is below.

OK I am going to wait before continuing and let that sink in. Give you some time to clean your keyboard of the coffee/soda you just spit on it.

Ticket prices have gone up across the board, and here in Nashville, they have gone up substantially. If you were worried about losing customers because of a prolonged work stoppage, would you raise the cost to those customers? Would You? 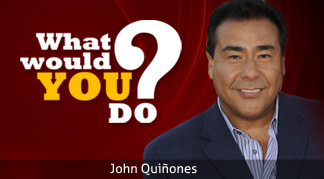 So lets recap up to this point.

If I was an owner and I was seeing this behavior again, after yet another lockout, the fans would be the least of my worries. I would be more concerned with the corporate sponsors and national sponsors, and how they were fealing about the lost advertising.

I would be remiss if I did not include a counterpoint to my argument here. Lets take a look at what some are saying is going to be a hard sell for the NHL.

Consultancy firm Brand Finance, which tracks the clout of brand names in the real world, estimates that the NHL will lose nearly $328.2 million US in brand value in 2013 as fans spend less money on hockey in the coming year, for an overall post-lockout NHL brand value of $1.56 billion US.

I find those numbers hard to believe when you look at the data posted above, but hey I do not own a major consulting firm. *Note to self: ensure that your current employer does not use Brand Finance for consulting.

Much of the fallout comes from casual hockey fans who have decided to look elsewhere for their entertainment, said Brand Finance managing director Edgar Baum. He said the hockey league has offered what some people deemed too few incentives to return to arenas.

"It is possible to recover (the brand value), but we're not seeing any indication that's going to happen," Baum said.

Maybe it will come back, Maybe it wont, but to act like there is no indication it will is a huge stretch of a statement to me. It sure looks like they are filling the arenas to me. It has always come back, and if you simply look at the TV numbers alone you can see signs that the brand is as strong as ever.

So.....What do you think. I am not sure who I should be more pissed at. The owners for not respecting us as fans enough to even remotely consider us not coming back, or myself for not having enough nerve to turn it off for a year? Or does it even matter at this point? We have hockey for another 5-7 years and will worry about the next lockout/strike then. I am leaning towards the last one.

Who are you pissed at?