For the first time since January 21st, we have Predators hockey at Bridgestone Arena tonight (7:00 p.m. on FS-TN), with no less a guest than the defending Stanley Cup champion Los Angeles Kings.

The Achilles Heel of the Kings has been the goaltending so far. With Jonathan's Quick & Bernier both laboring under the .900 mark, even outstanding Shots For & Against numbers are undermined. The question then becomes, are the goalies to blame, or is it defensive breakdowns by the skaters?

In the previous meeting between these two teams this season, back on January 31st, the Predators took a 2-1 shootout decision as Sergei Kostitsyn won it in the 8th round of the skills competition.

Find the best deals on tickets to tonight's Preds vs Kings game at TiqIQ! 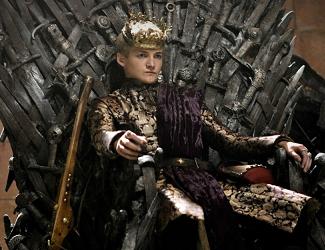 The Kings haven't played their best hockey so far, but with 8 points after 8 games they haven't lost contact with the top teams in the West, either. Basically that makes them the best last-place team in the league, in a way. Given the manner in which the Kings stumbled through most of the 2011-2012 regular season before flipping the switch aroudn the Trade Deadline, one has to wonder at which point confidence that a turnaround will come might turn into complacency.

The Kings enter tonight's game after coming from behind to beat Columbus Tuesday night 4-2, leaving L.A. fans with a fine aftertaste:

The Kings out-shot Columbus 31-20 and 17-2 in the second alone. Columbus formulated a comeback in the third but were stifled by Jonathan Quick who looked better in the that period than he has all season.

--- Jewels From The Crown

Yesterday Los Angeles cleared up a little bit of a logjam at center by dealing Andrei Loktoinov to New Jersey for a 5th round pick this summer. Loktoinov hadn't been able to crack the NHL lineup, so this doesn't affect the forward lines we should see tonight:

The most interesting decision might be who the Kings put in goal. Check out the career numbers for L.A.'s netminders against the Predators:

Confidence is higher around this team as of late, thanks to three consecutive victories to wrap up their two-week road trip with a 4-2-1 record. Sure, two of those wins were in the shootout, but Saturday's victory at San Jose was especially impressive, given how Nashville was able to befuddle the Sharks' attack all night long.

As for the forward lines? Those are a bit of a mishmash right now, as the team has gone with seven defensemen in the last two games. That leads to the forwards one man short of filling out four full lines, so guys rotate around and you see a nuimber of different combinations throughout the game. SK74-Fisher-Erat was a pretty stable trio, but David Legwand found himself centering Gabriel Bourque, Colin Wilson, Brandon Yip, and Craig Smith at various times against St. Louis.