After a first half which saw him pick up just one assist in his first 16 games, Halischuk was sent to Milwaukee for a "conditioning stint" in early March, which appeared to be more about getting his head reset than any physical issue. Whatever the case, it looked like the move worked, as Halischuk recorded five goals and five assists in his final 20 games of the season before suffering an injury on April 25 vs Detroit. 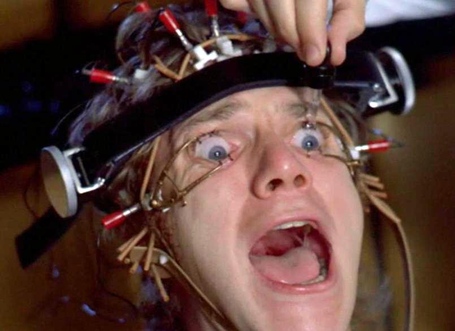 Halischuk's time with Coach Ludovico in Milwaukee paid off handsomely.

Hustlechuk is best served playing on a lesser line, where he can add the occasional goal as he does at least shoot fairly often. The possession stats have always been a concern during his ice time, although they did make a modest improvement this season. He doesn't contribute much on special teams, however, which makes it hard to justify a continued spot for him in the lineup ahead of younger prospects.

As a restricted free agent this summer does represent a crossroads of sorts in the Predators' relationship with Halischuk - do they invest in him believing that there is more potential to unlock, or would they be better off giving that ice time to one of the kids on the rise, like Taylor Beck or Filip Forsberg, on a fourth line that has more offensive punch to it?

This was a pretty heady effort both to create and convert on a breakaway against Chicago on April 19. Halischuk sneaks in behind Nick Leddy to get the chance, and shows a combination of hands & awareness to bat his own rebound in for the goal: