I wrote yesterday that the drafting of Seth Jones would have a major impact on the Nashville depth chart on defense, and today word comes that the team has put Hal Gill on waivers. Interestingly, it seems like there's a direction correlation between Jones coming in and Gill going out: 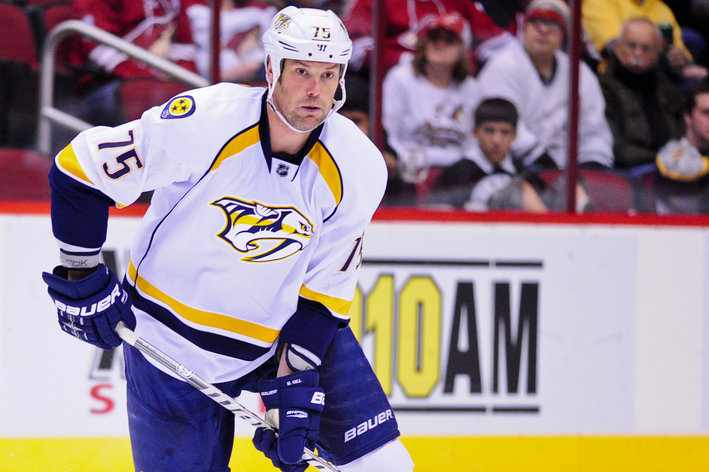 Jim Diamond tweeted from today's press conference that the team will wait to see whether Gill clears waivers before deciding to buy him out or keep him on the roster. Even if they keep him for now, however, a move like today's makes it unlikely that he'll be with the team when training camp opens.

Gill was an outstanding penalty killer for Nashville last season, and his 5-on-5 possession metrics weren't nearly as bad as you'd think given his reputation for being slow-footed. Where Gill might well be missed most is off the ice, as he's been an engaging presence for fans, particularly on Twitter. @Skillsy75 would represent a huge loss...

David Poile has also decided not to extend Qualifying Offers to Matt Halischuk and Jonathon Blum, allowing them to leave as Unrestricted Free Agents when the market opens on July 5th unless a trade can be worked out before then. Blum enjoyed an up-and-down career in Nashville, and had made some progress this season, but not enough to win out in an increasingly competitive numbers game on the blueline.