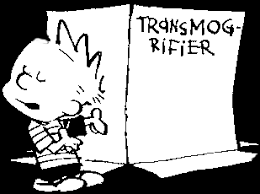 Craig shows up every game, peppers the net with shots and uses his blazing speed to penetrate the offensive zone and gain separation once near the net. While Colin Wilson is fleet of foot it's more his size, intelligence and balance that gain him offensive leverage and he is more of a playmaker whereas Smith is ideally a goalscorer. Smith tends to produce consistently, while Wilson is very capable of a big 4 point night every now and then and has the raw talent to be an All Star level forward whereas Smith has All Star level drive. A beautiful combo, if I say so myself. This could easily be a first line forward, picture a more entertaining but less effective Brad Richards.

Gothenburg meets Sollentuna in this Swedish transmogrification. This one is pretty clear. Net presence versus full ice speed. Finesse vs. #Grit. Horndogs' determination and Stalbergs' pedigree. Viktor would perfectly compensate for the glaring weakness in Patric's skillset: his below average agility and acceleration. Could this be at least a Jamie Benn level player? I say yes. Could this be the most fun hockey player to watch of all time? Yes as well.

Both are solid Defensemen who can both be 2nd pairing guys in the near future. But neither seem to have what it takes to be top blueliners in the NHL. That is until we combine Ekholms size with Ellis' intelligence. Matthias's athleticism with Ellis's skill. Ekholms' ability to skate through danger with Ellis' ability to make brilliant passes. This frankenstein would be absolutely wonderful on the PP and very useful on the penalty kill. Could we see a taller version of Mark Streit with this transmogrification? Why not! Though maybe the heights would even out and he would end up exactly 6'0 (5'8 + 6'4). Oh wait... this combo is just Seth Jones... we have elite talent on D at least!

Crosby and Malkin. Easily the best forward ever. Though you could argue that this was Mario Lemieux...

Toews and Kane. Almost the exact opposite players. One parties all night and the other goes to bed at 9:30

Stamkos and St. Louis. Perfectly complementary which is why they are line mates but imagine them as one...

This is of course inspired by the fact that this Predators team is full of good young assets but is in desperate need of elite talent. Perhaps this a method of acquiring some above average players without a trade, sign or daft.

With a thank you of course to the wonderful Bill Watterson and his magical brain.

Which NHL players would you like to see Transmogrified together?