The Preds rookies had a goal waved off last night, and we don't like it. Are we taking this a little harder than we should? Probably. Are we wrong? Maybe. But you can't spell "fanatic" without F.A.N.

As we see from the video above, an initial shot creates a rebound that kicks out to our right: 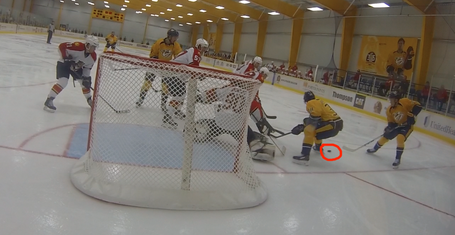 Said puck is then fired back on net...and this is where it gets tricky. As we were watching it live, we were positive we saw net. But we didn't. The puck clearly hits the post and bounces back in the crease. 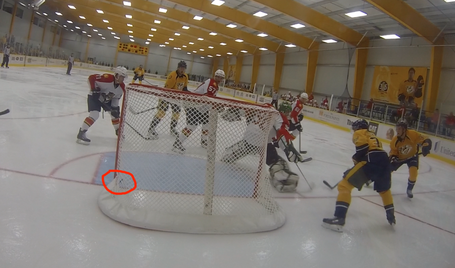 And this is where the refs blew it. Had this been simply a bang-bang call, hey, these things happen, and it's not like they could call Toronto or anything. But as we'll see, the puck trickles across the line and to my eye, clearly crosses before being pulled back by the Panthers. 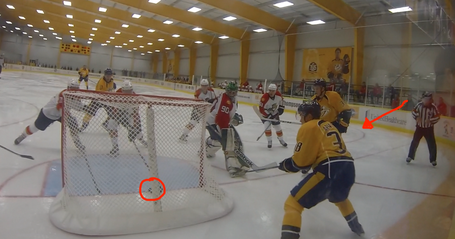 The official can clearly see what's happening, and yet he can't. They huddled up for a few minutes, but decided they weren't big enough to admit they made a mistake, so the game moved on and the Preds lost. By one goal. Here's the super-slo-mo for a better look:

Take a look and decide for yourself. The refs will be back in action on Tuesday, and we'll be there. Watching the watchers. And holding them accountable.