The highly talented Swede is hoping to shed his "prospect" title this year, and contribute in a multitude of ways for the big club this year.

Share All sharing options for: Filip Forsberg Season Preview: "Put me in, Coach!"

Filip Forsberg's time in Nashville last season was brief, and that's something the Predators don't want to repeat. After his season in Sweden ended in 2013, rumblings started that the Washington Capitals were going to bring him over and possibly insert him in the lineup. At the very least, they could play him in Hershey while the Caps finished their amazing comeback to qualify for the Stanley Cup Playoffs.

Obviously, something much different happened.

After Nashville acquired him in exchange for Martin Erat and Michael Latta, the team wasted no time putting him in the line up. At the end of a dreadful season that saw the Predators on the outside of the playoff picture, Forsberg suited up for five games, scoring one assist.

Not a big deal, since he was only 18 at the time, and hadn't gotten a chance to acclimate himself to the smaller North American ice surface. Fast forward to the beginning of the 2013-2014 season, and the young Swede made the opening night roster like many expected he would. Things, uh, didn't quite go as planned, though. He scored his first goal in the first game of the season, he only tallied four more points in 11 games. By November, he was sent down to the AHL where he spent almost the rest of the season, save one measly NHL game.

Now, part of his struggles have to do with being crammed onto a line with Eric Nystrom and Paul Gaustad. Though he did spent most of his time with Nystrom, David Legwand for a bit, who did nothing but bring up his numbers. Forsberg's possession numbers were actually remarkably terrible last year, though taking into consideration his line mates and the small sample size, no one should freak out about that yet.

Something to really consider, though, was his PDO clocking in at an abysmal 91.5, the second lowest of any Predator through all of last year. PDO, the combined team shooting percentage and save percentage while a player is on the ice, basically measures "puck luck." The number always averages out to around 100, so when we look at sample sizes as small as 13 games, we can establish that Forsberg should be scoring more than he actually is. That shouldn't be a problem.

Of course, in the grand scheme of things we still don't know at precisely what clip Forsberg should be scoring yet, because he's only played 18 NHL games. What we should hope to see from him right now is to work his tail off to be in the lineup against the Senators on October 9th. When that comes, he just needs to be the player that was selected 11th overall, and play the game that he plays. In an uptempo system with an offensive coach, Forsberg will really get a chance to shine. If rookie and training camp are any indication, he is more than ready for his opportunity. It's just time to nut up or shut up.

The 20-year-old thrives under Peter Laviolette, and shows the league exactly how talented he is. Not only becomes a regular contributor, but cracks 20 goals as well.

Not only does he not make the club out of training camp, he just doesn't cut it when he's brought up to Nashville. He looks lost, and there is just something missing in his play. Ultimately Preds fans see whatever flaws the Washington scouts saw, which is explains why they traded him so soon. 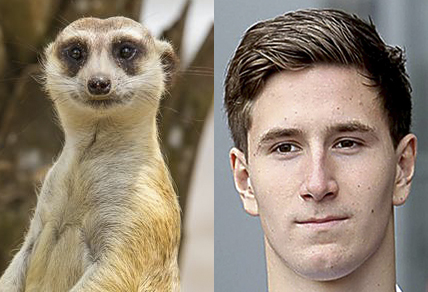