If you ever wondered why teams spend money on focus groups and design firms, we have some fine examples of why that is money well spent (usually).

Share All sharing options for: Great Moments in Game Operations: Mascots and Rebranding

Even teams that we can admire have their share of screw ups. One team I'm always touted as one of the best in the promotion and entertainment category is the Dallas Stars. On April 2nd, 2013 the Stars said they would unveil their new home jersey. It was common knowledge that the team was looking to rebrand away from the boring ol' "DALLAS" home jerseys that didn't do much. So capitalizing on the fan's hopes and dreams, the Stars promoted this heavily. Even blogs that follow uniforms were picking up on the excitement.

This was taken during the game.

"@DallasStars: The third period is gonna be an exciting one! pic.twitter.com/dSc2Gdbyb8" April Fools or for real? What do you think?

Then, after falling behind badly to the Ducks... this happened.

Here is the reveal of next year's new jersey: #aprilfools #DallasStars pic.twitter.com/Ox7qZtw34z

That's just low down. But after this moment, the Stars have pretty much done nothing wrong. They're hired the right guys, reworked their logo and uniforms properly, brought Modano in, retired Modano's number, and made the playoffs with a young team. That's worth forgiving the Mooterus prank.

Many teams have rolled out some terrible jersey, and tried like heck to spin it as an "innovative" design. Dallas at least acknowledged how bad that third was, and let it collect dust before screwing with the minds of fans and such. We received an email from another SB Nation blog about their own experience in this matter. Their editor called it a "10 minute long fart on ice." This gets our video autopsy treatment. 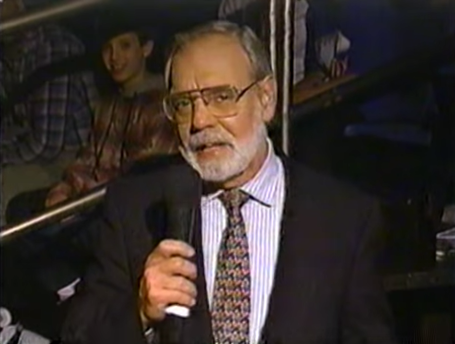 You can see the conviction in his eyes that this isn't going to be a great night. 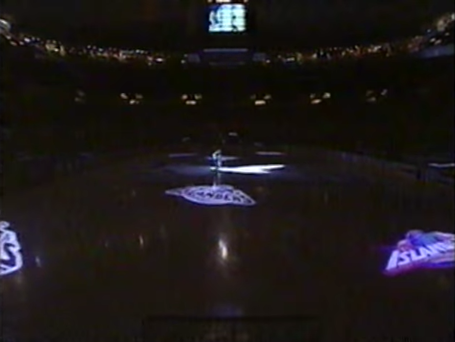 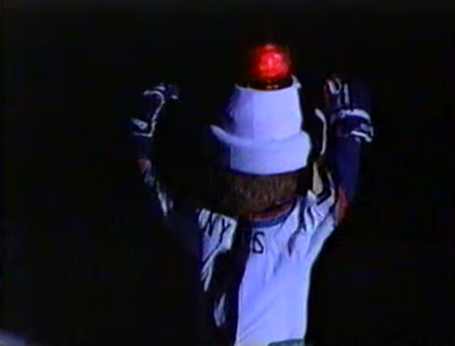 This is Nyisles the Islander. To keep him safe, he wears a goal light on his head. This is the least of their worries. 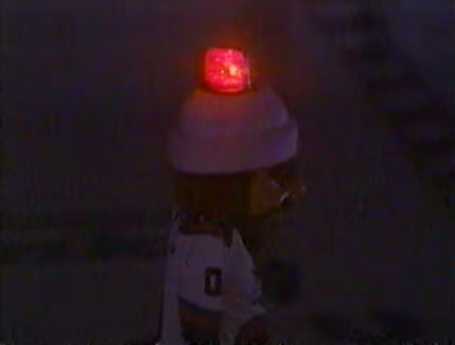 In the late 70's/early 80's, the Yankees tried having a mascot. He was beaten up by the fans. You don't try this stuff in NYC without taking some assurances. 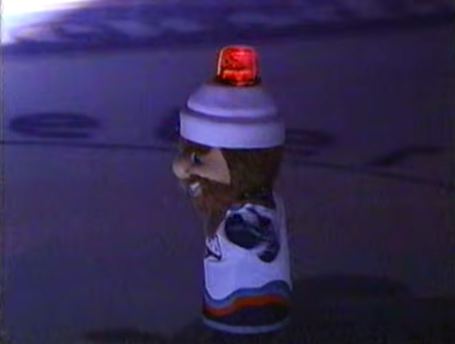 ...And he's already aware of his fate. 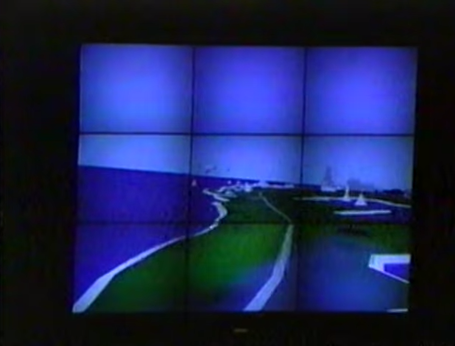 Next level stuff! This is right when the first computer animated intros started coming out. Everything was a polygon. Imagine seeing the game "StarFox" in every single arena. 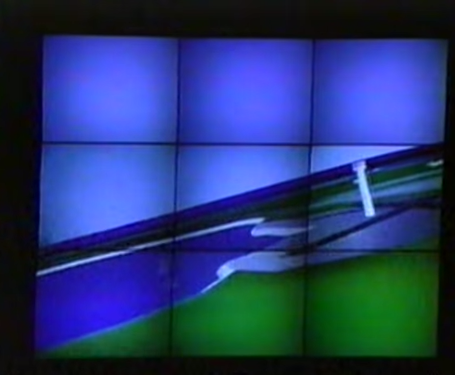 I'm pretty sure this is the Islip airport. I broke their pinball machine when I was 14. 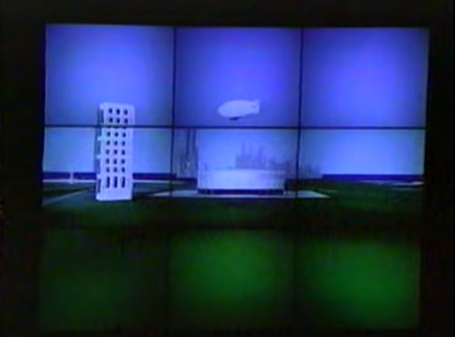 That's an accurate rendering of the Nassau County Coliseum. Right about here, the announcers talk about the Islanders playing in a new arena. This was in 1995. 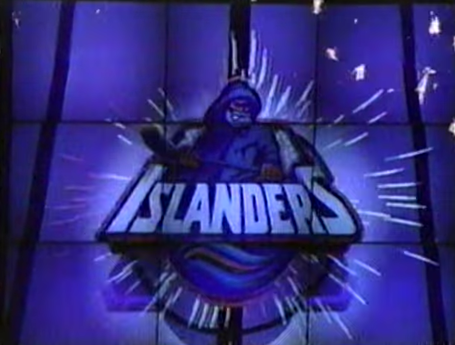 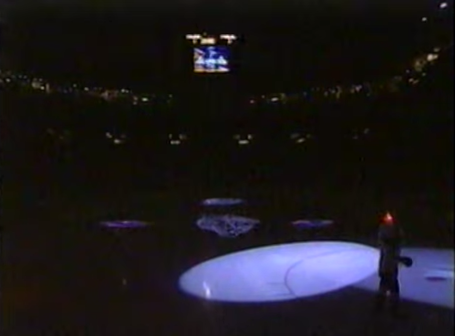 Nyisles is still wandering around on the ice without purpose. So let's meet the team. 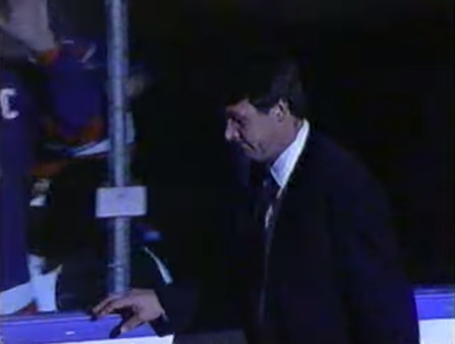 I can't think of a better man for the job. 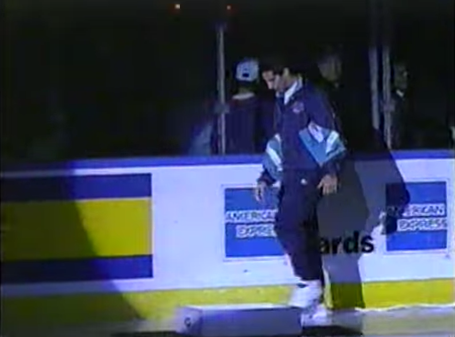 Looks can be deceiving, but this was taken actually 19 years ago. Not yesterday. I know some of you might be confused or think that I snuck a current one in. Nope. 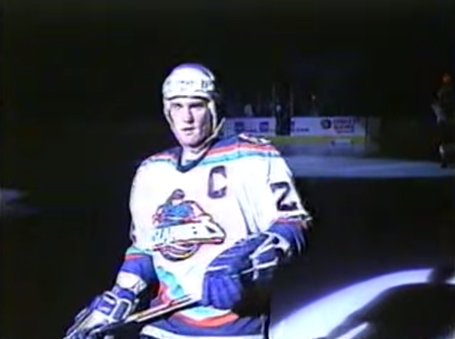 As the players are introduced, the music is essentially an electronic drum seizure with random organ chords being played. I was worried that the organist was going to run out of chords by the end of this. 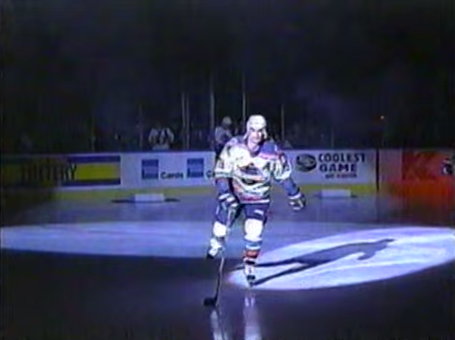 The fans did not like Kirk Muller. This was the most energy they showed until Travis Green was introduced. 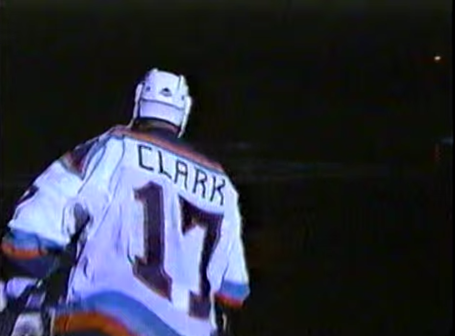 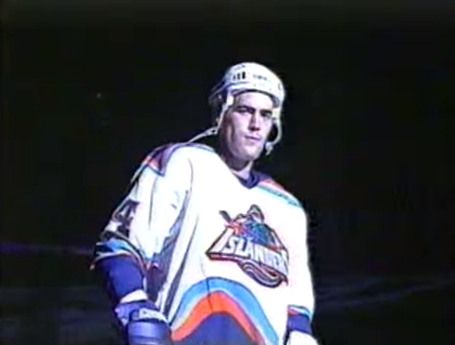 But this... this is apropos. 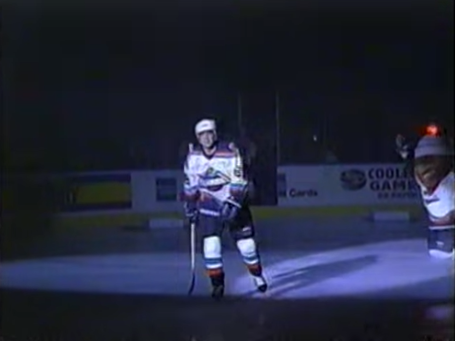 They booed Ziggy Palffy too. He went on to score 40 goals and 85 points each of the next three seasons. 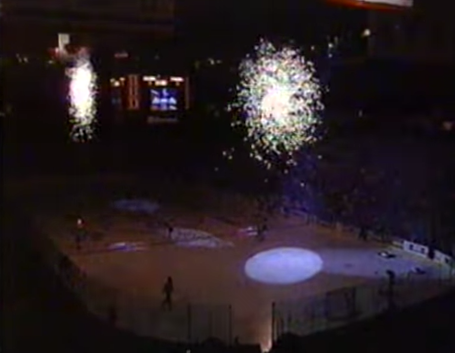 And the ovation is less than a goalie covering for a face off. In two years, this would all go away.

A stick tap to Dan Saraceni of Lighthouse Hockey who brought this footage to light. His post on the whole backstory of the fisherman's jersey is pretty great.

Bad things happen when teams don't listen to fans, or don't poll them beforehand. Then, you get things like this:

#CBJ spokesman tells Dispatch the club has no plans of scrapping its secondary mascot Boomer, whose phallic shape has drawn some criticism.

Boomer was named by children and was design to be a kinder, gentler mascot than the scary looking green bug thing. Columbus decided that they needed more folks in the seats, and families were the way to go.

"Boomer," a kid-friendly, cushy cannon character with a friendly face and fluffy moustache reminiscent of a Civil War-era general, makes his debut at Nationwide Arena tonight when the Blue Jackets host the Detroit Red Wings.

A cushy cannon with a mustache? "Harumph, I'm going to read the kids a story about how I shelled buildings, starved towns, and burned cities so women and children were homeless back in '63."

Great idea. I really don't have a dog in the fight when it comes to the Civil War, but Ohio is still all smug about it. So clowning the "cushy cannon" is something we all need to take part in.

This still shot is one of my all time favorites. 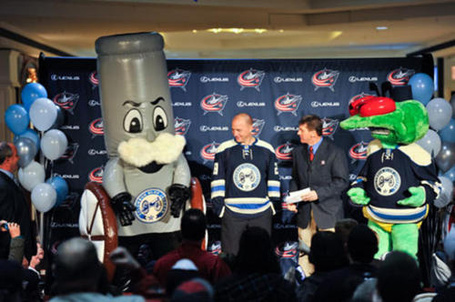 Stinger has only one face. After 10 years of Blue Jackets hockey, his constant face of shock and disgust were never more warranted than this day.

No good thing lasts forever, unfortunately for us.

Hearing that Boomer's presence will be "shrinking" as season moves along, that #CBJ's "second mascot" could be retired quietly after season.

Boomer lasted about as long as a Columbus playoff run.

Do you know of an embarrassing game ops moment your team had? Or do you want the OtF gang to give a video the autopsy treatment? Email us at otfeditor [at] gmail or DM us the goods, and we'll deliver.