(Just for the record, I was writing this as the new lines came out on twitter this afternoon. Originally it was going to be a couple options, but since Laviolette made two of the changes I was going to throw out there, I focused mainly on those. So if it sounds a bit disjointed, it is. I tried to clean it up as fast as I could for people’s pre-game ponderings and for people to watch for tonight.)

Two weeks ago, I wrote a little bit about how this team had evolved over the first ten games of the season, and I urged patience to see how the next couple games played out with the new defensive pairings. Over this time, the team has been playing a good possession game. Their underlying numbers sit at a 52% score and venue adjusted Corsi-for percentage and a 55.3% scoring chance-for percentage. These values would sit 8th and 5th respectively against the rest of the league. This play has seen the team earn a 4-3-3 record over their last ten games, and has propelled them to the cusp of the last wild card spot. This team should handily make the playoffs, and at this point I would expect them to make some serious noise when they get there.

How then, can we make this team better? I took a look at the current Predators roster to see if there were any further deficiencies that could be taken advantage of. For the purpose of this article, I will strictly be looking at skaters, and I believe there is not a lot that needs to be done to the D-corps. A lot has been said about the backup goaltending situation, but I have not put the time in to add to that discussion.

The lines I was working off of for this piece were as follows:

After a quick look through these player’s HERO charts, something that stood out to me was Wilson’s struggles with shot suppression and goal scoring rates relative to his line mates. Ribeiro also had a low goal scoring rate, but his strong possession metrics and primary assist rates made up for that in my mind. 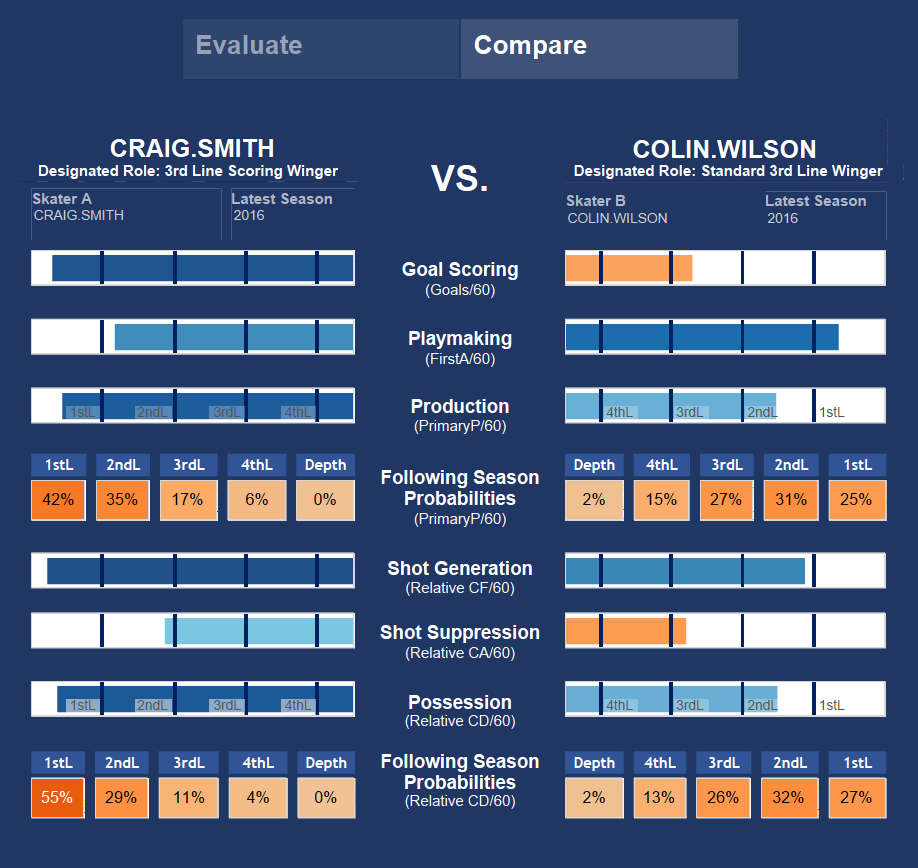 Wilson is still a very good possession player, but some troubling numbers jumped out at me when I looked into the Smith-Ribeiro-Wilson line’s underlying numbers. Since there are only two lines for the Predators that have played over 50 minutes together this year I will use the Arvidsson-Johansen-Neal line to compare it, as well as rank them against the 92 other lines that have played over 50 minutes. I have also added the Smith-Ribeiro-Forsberg line since that is actually what we will see tonight.

Moving Wilson down to the third line should add more offensive firepower to the top 6, while also limiting the number of chances against. This does weaken the third line just by virtue of removing Forsberg, but Wilson should manage to put up better numbers supposedly playing against weaker competition. His possession metrics will also help to balance out the loss of Calle Jarnkrok, who has shown himself to be one of the best shot suppression forwards on the team. 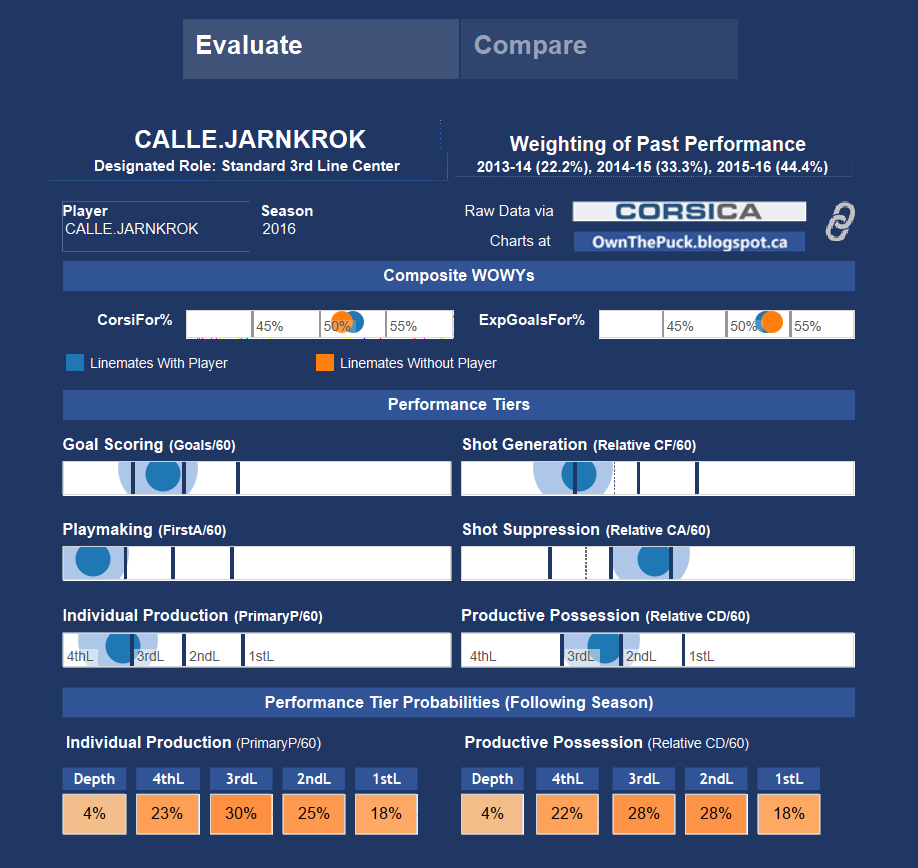 Hopefully, he will be able to bring his shot suppression ability to the fourth line, which is desperate for a purpose at the moment. Making Cody Bass a healthy scratch should do some good, and maybe they will not end up hemmed in their own zone the whole game. (Also no idea why this paragraph has a blue background to it).