The captain had some production, though he shot a lot of blanks in the postseason. Will he have one more go?

As the elder statesman of the Nashville Predators, Mike Fisher had – in some ways – a better season during 2016-17 than in the previous two years. His leadership certainly shouldn’t be questioned.

Fisher had more points and assists than in either of the preceding two years. He was fourth on the team in goals (18) during the regular season and fifth in points (42) during his age-36 season. His faceoff winning percentage (54.9 percent) was a career-best. That’s not nothing.

Fisher played in 72 games – his most since being traded to Nashville in 2011. Fisher has almost always missed some time – he’s played all 82 games just once in his career, and that was the 2010-11 season split between Ottawa and Nashville. At 16:37 per game, his average ice time was his lowest since 2003-04. Still, having the captain for 72 games was helpful.

But was he better suited for a No. 2 center role, or perhaps No. 3? 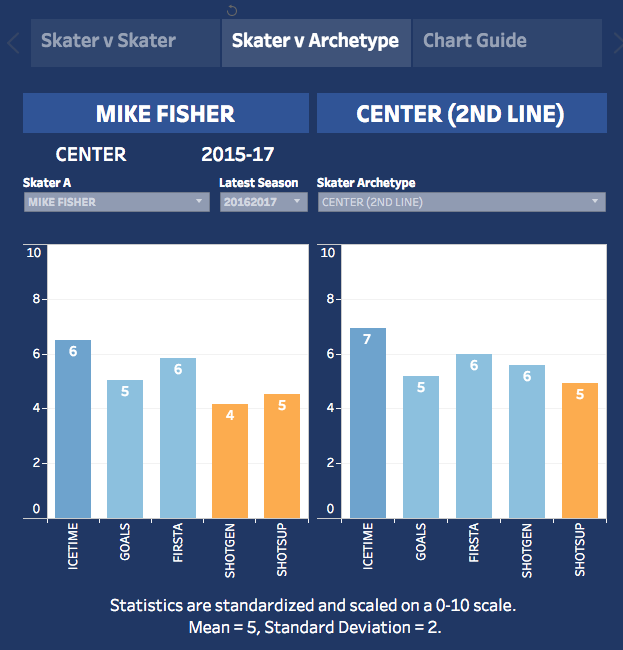 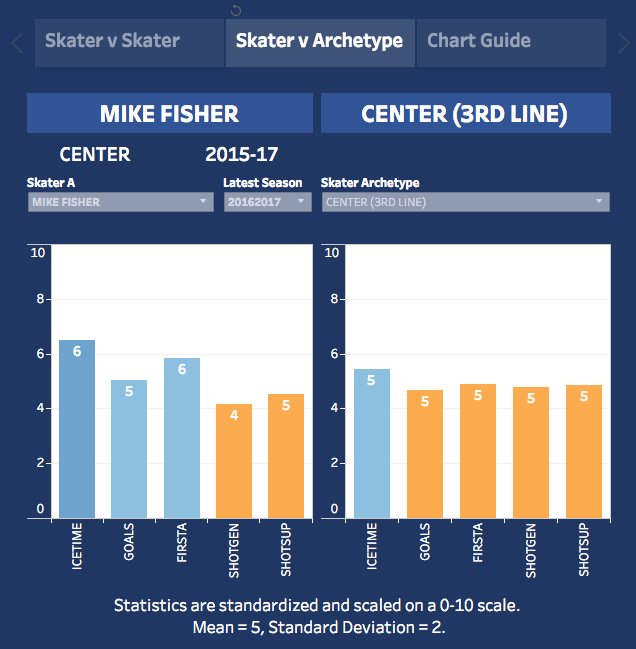 He was more comparable to a No. 3, and that’s what he would play if he decides to return.

Fish had good nights and bad nights during the season, especially early in the year when the lineup seemed like it was drawn out of a hat at times...

Once some folks returned to good health, Fisher spent most of the second half of the season with Craig Smith as a linemate, though the other spot was a revolving door of forwards as Lavy The Tinkerer kept waving his magic wand throughout the season.

His office was seemingly the defensive zone faceoff circle, where he’s closing in on being CEO. Getting more than 60 percent of zone starts in your own end will tend to do that.

For one reason or another, Fisher was absent from the scoresheet in the postseason until recording four assists in the Stanley Cup Final. Now, as he debates whether to return for one more season – presumably with the Predators, although he is an unrestricted free agent – the question remains: Is Mike Fisher still a productive enough player to justify a roster spot? For the right deal, yes, and as his ice time will continue to decline.

Best moment of the year

Runner-up: Joining the team on the ice for photos after the WCF

I’m obligated to include the beginning of the postseason anthem run, as well...

Worst moment of the year

This was the end result of Josh Manson doing Josh Manson things during the Western Conference Final. And we all saw how that turned out.

Trending up or down?

Down. The lack of playoff scoring in three rounds takes his final grade down a little bit. With the addition of Nick Bonino as well as Calle Jarnkrok and Colton Sissons hanging around, Fisher’s role could likely be reduced to penalty killing and defensive zone draws.

Mike Fisher can still be a productive player in the National Hockey League. But he’s no longer a 2C and the contract that he gets (assuming he does return) needs to reflect a reduced role. His leadership is worth a lot to the dressing room, though, and having him back for one more go allows the center position to be deeper than last year. That’s not a bad thing.

This poll is closed