Greetings and welcome back to the OTF Official Fantasy Hockey League! We have made it to draft day so with the time only hours away so today we are going to discuss the ins and outs of the auction draft. Personally, I prefer the auction draft as it removes some of the randomness of snake drafts and gives each team a chance at every player. Auction drafts provide endless possibilities to construct your team how you want… as long as you’re willing to pay for it.

Below you will find a description of how it all works, some basic tips and a couple common strategies/personalities that you may come tomorrow night. So without further ado… 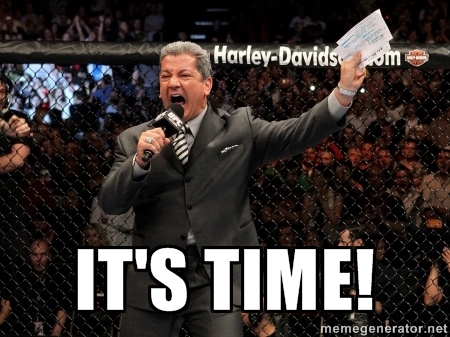 The OTF Fantasy Hockey roster consists of the following:

If you have never done an auction draft before, here is the quick version of how it works:

Auction drafts allow you to increment the bidding by a base amount or by any chosen amount. Obviously, highly sought after players will climb much faster than by the minimum. The draft page will show an Average Draft Value (ADV) on each player displaying how much has been typically spent across other drafts. This is a helpful guideline to see how players have been valued relative to each other.

There are two basic strategies that are most common… buying stars or buying balance. Buying stars you will expect to spend 50-75% of your budget on a top 3-5 players sacrificing depth. The rest of the roster will be filled out with bargain bin late round picks. Buying balance will take a few shots at top talent but more likely will hit up the tier 2 and tier 3 players pretty strong.

· Have a roster strategy – whether its betting big on star players or building a balanced roster across all positions, have a plan for the type of players you want.

· Understand the budget – know how much money you have to spend and roughly what it will cost to get certain players you want.

· Have some patience – While there are few true superstars, there a lot of players in the second and third tiers where the production gap is smaller.

· Bid with a purpose – One dollar increments work for the end of a bid cycle but they won’t clear any competition for a player you want.

· Identify a few sleepers – Later in the draft there likely will be teams who have used up their budget. This gives you the chance to snag some sleeper talent for cheap.

· The High Bidder – This type throws out high bids early, especially on superstars trying to buy them early. Recognize they can’t buy that high on everyone so be patient to see which players they really want.

· The Obscure Nominator – Most participants will basically follow the standard rank order of players, mixing it up a little bit. This type will randomly throw out Matt Martin or Cody McLeod to try and force someone to pay for them. Remember… if you nominate a player and nobody bids, he’s all yours!