Role playing is important, so I guess lets talk about some role players!

Onward with the position previews!

Today, we are covering some more specialized role playing forwards. This group of players are less versatile, more specialized in their abilities, with a great range of skill and talent among the group. These are guys that might not play every night and will rarely play a significant role on the outcome of a game most nights.

But, do you really want to see these dude’s shot possession stats? Do you want a HERO chart comparing fourth liners? Do you really need to see where Cody McLeod’s cold/hot zones are in the offensive and defensive zones?

So here are some other dudes instead.

As serious as he is scary, Mike is a former bad-cop of Philadelphia whose second career as a hitman for a local meth operation makes him... uhh... insane? a complete badass? Whatever it is, you don’t mess with Mike.

Mike likes to suppress witnesses and destroy evidence of crimes. He’s excellent at spying on enemies and spotting drug smuggler’s errors, taking unconscionable revenge on everyone who does him or his business partners wrong. He has a skill set built for burying things far out of reach for any deputy sheriff to find.

He randomly loses or breaks body parts (ear, teeth, broken nose or two) but this rarely stops him from getting the job done.

He’s not around for the major plot points. He’s there to clean up loose ends and make sure the goods are delivered. He also chips in a few one-liners every now and then.

Watson’s role on the team is not without some question, as he really does struggle when it comes to puck possession. But that’s not really important, considering his role. The Predators signed him to a three-year deal this summer worth $3.3 million and that’s about what he is worth. He is a penalty killing bowling ball that can get under opponents’ skin. He will rack up hits and a handful of goals while playing 10-12 minutes a night on the 4th line.

With guys like Pontus Aberg, Kevin Fiala, Scott Hartnell, and Craig Smith all getting middle-six minutes over him, Watson is all but bound to the 4th line this season (barring any injuries). But, again, that’s fine. He is built for this role.

Don’t forget that Watson can also play center if something drastic happens. He’s only got a 42% career face-off percentage, but in a pinch, he’s an option.

In season one of Game of Thrones, Jon Snow randomly decides to join the Night’s Watch, which is basically a chain gang of sorts, where criminals and castoffs go to waste their remaining days by protecting the realm against wights and other monsters up on The Wall.

Even though he’s the bastard son of Eddard Stark, lord of Winterfell, and could probably do literally anything else in life that he wanted, he decides to go do this dumb thing.

Anyways (no spoilers coming, don’t worry), Jon ends up becoming, like, a HUGE part of the story. His constant sacrifices and loyalty are an endearing (and sometimes frustrating) part of his character, and you always find yourself rooting for him. He’s kind to those who need kindness, grants mercy to those that deserve it, and fights well in battle.

So who is Jon Snow? Oh come on, look at the resemblance!! 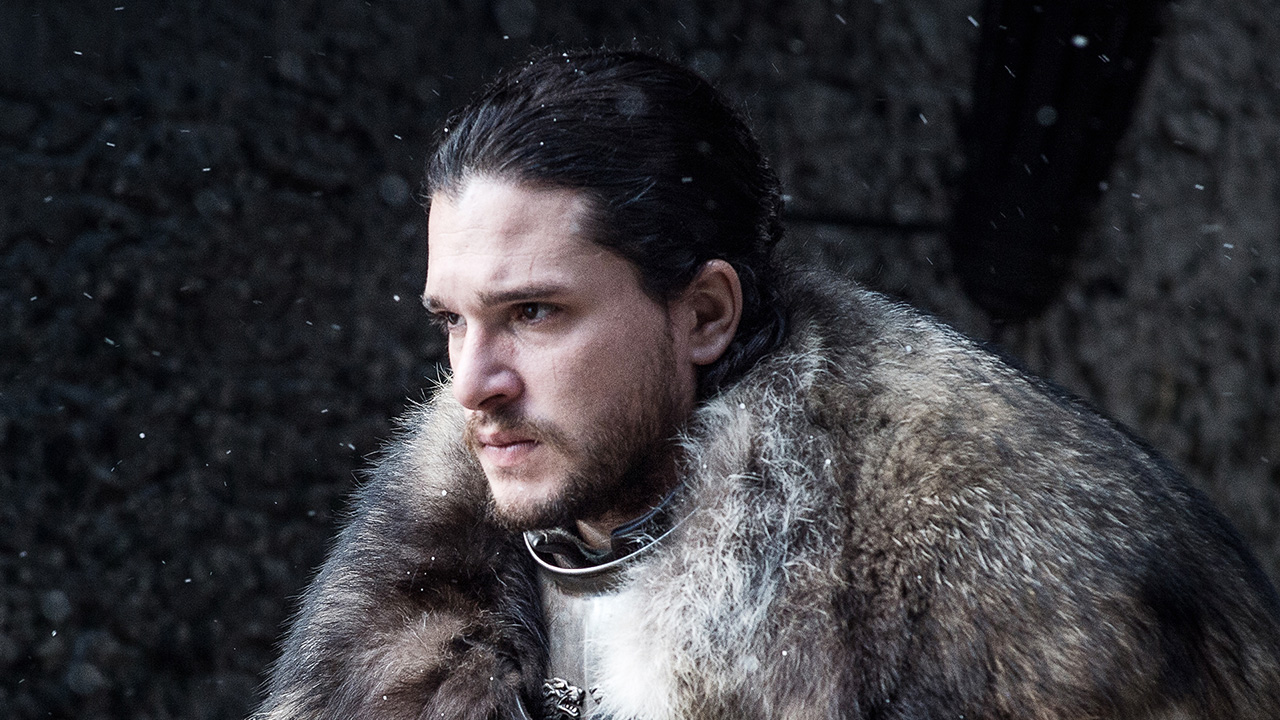 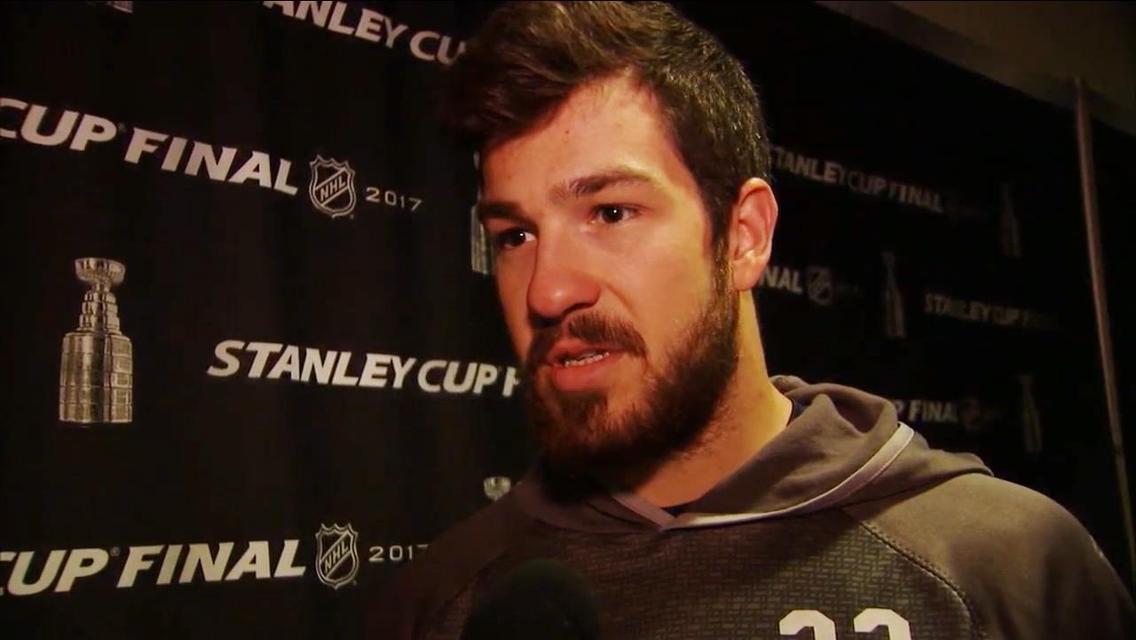 The wonderful, sacrificial, wholesome bad-ass Frederick Gaudreau is just the man to lead the Night’s Watch.

Gaudreau came on late (very late) last year, scoring his first three career NHL goals in the Stanley Cup Final against the Penguins. Before that, he played very little during the regular season, logging only 8:40 minutes per game in nine games, getting one assist. Before that, he spent his time floating around the QMJHL, AHL, and ECHL.

But HOLY COW was his story fun to watch late last year. And if you are a fan of GoT then BASICALLY THE SAME THING IS TRUE OF JON SNOW HAHAHAHA COMPARISONS ARE FUN

Gaudreau’s role for next year is not quite solidified. Will he center the fourth line? Will he play mostly at wing and get spot starts replacing whichever winger is coldest (Craig Smith)? Will he even make the roster out of camp since he’s on a two-way contract?

I think all we know is that, regardless of the path he takes along the way, Gaudreau will end up being a HUGE part of the story, like he was last year.

I’ll admit, I was not a huge fan of this show when it first aired in the mid-90s. I haven’t seen the reboot either (any good?). But I did watch it one summer when I was in a band and our lead singer was obsessed with the show.

So, naturally, I witnessed the enigma of the Smoking Man, who appeared on the show several times and barely spoke any words.

I think he was a bad guy? Or maybe he was a double-spy? Was he the devil, maybe? I have no idea. It’s confusing, because you couldn’t ever understand what he said and he was never on the show longer than a scene or two.

However, he did always seem like a cool dude and I bet he was really good at ice hockey.

The Smoking Man is Miikka Salomaki. He may as well have been a spy or a counter-agent or the devil or a figment of our imaginations last year.

The poor guy faced injury after injury, yet never went on injured reserve and we never got a definitive update on whether he was a part of the forward rotation or a viable option for the rest of the year. Then in the playoffs, his name resurfaced and he played in six games, registering four total shots and 12 hits, averaging just over eight minutes a game.

That’s about how it went.

We could never get a read on the guy. Is he healthy now? Will he bethe same wrecking ball we saw in 2015-16? Has the injury slowed him down? He has looked quite good in the preseason, so hopefully that carries over into the regular season.

Any Lost fans out there?

Man, I was obsessed with this show back in like 2008. Watched every episode twice, read every fan theory I could get my hands on, subscribed to cast updates to find out if certain characters were doomed, looked for Easter eggs... the whole thing.

But my goodness was Walt’s dad annoying.

The clip above is not an exaggeration. This was all he did. “Man trying to find his son” was the only thing written on this character’s bio prior to filming the show and they never updated it.

I have no idea what happened to Michael—or Walt for that matter—because I stopped caring about the two of them by season two.

I mean, why in the world would you make such a one-dimensional character who annoys literally everybody else on the island, who can’t even do the thing he is supposed to be doing all that well, and who has no presumed purpose on the show aside from this one thing that he likes to do to the detriment of almost everyone else on the island (including Walt).

As you may have guessed it, Michael Dawson AKA “I’m Not Going Anywhere Without Walt” is Cody McLeod.

Look, there’s no need to get into specifics. We’ve done that plenty. Suffice to say, the guy doesn’t play well with the puck, in any zone, and it doesn’t matter who his teammates are. He’s just not a great hockey player.

Yes, he scored four goals last year. So did Deryk Engelland and Matt Hendricks. And yes, he scored a game-winning goal in the playoffs. Ben Lovejoy and Andrew MacDonald have done that as well.

But McLeod’s here on this island with us. Let’s just hope he finds his damn son before we all go insane.